Gateway to Castell Coch, one of the most picturesque castles in Wales

Our sites and most visitor facilities are open but, under the current coronavirus restrictions in Wales, this is intended only for the use of people who live locally.

You are strongly advised – in line with current Welsh Government regulations – not to drive to any of our sites to exercise unless you have specific health or mobility issues.

We have changed the normal route for some of our trails to help you maintain social distancing – please follow signs on site.

Fforest Fawr is the stunning backdrop to Castell Coch, a famous castle nestled in the trees above the village of Tongwynlais.

This beautiful woodland is frequently used as a film location for productions ranging from Welsh historical dramas to children's TV programmes.

The forest has an industrial history and there are some impressive deep holes left by iron mining here.

There are two trails to the castle.

Part of the Taff Trail, a long distance route for walkers and cyclists from Cardiff Bay to Brecon, passes through Fforest Fawr.

We have now reopened trails and footpaths following a major operation to remove diseased larch trees.

Approximately 4,000 larch trees have been removed from 25 hectares of the forest – an area around the size of 25 international rugby pitches.

The forest will now be monitored as it recovers, with native tree species expected to naturally regenerate to replenish felled areas.

Read our FAQ document for more information about the felling.

There are two waymarked walking trails from Castell Coch car park which is 1.5 kilometres from Fforest Fawr car park.

Sir Henry’s Trail is a circular route through the forest, past Castell Coch and the former mining site known as Three Bears.

Burges’ Way is a short circular trail through the forest. It goes past Castell Coch and the Blue Pool, one of the many former iron mining sites here.

Fforest Fawr is near Tongwynlais off the A470.

It straddles the county borders of Cardiff and Rhonda Cynon Taf.

Car parking is free of charge.

From the A470, follow the signs to Castell Coch. Continue past the castle entrance for 1.5 kilometres to Fforest Fawr car park.

The nearest train station is in Taffs Well.

Fforest Fawr is on the Taff Trail cycle route, which goes between Cardiff and Brecon. For details of public transport visit www.traveline.cymru

Other places in South East Wales

Walking trails and mountain biking in the heart...

This beautiful woodland and visitor centre is...

Wildlife haven with the highest sand dune in Wales

Great birdwatching from hides and platforms 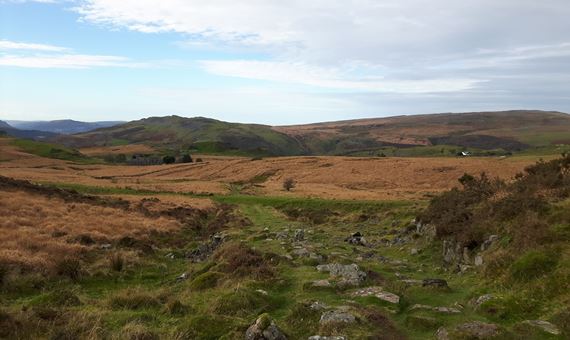 Spirit of Llynfi Woodland, near Bridgend

Choose from a range of activities or just relax...

Waterfall walks suitable for all

Woodland walks with views to the Brecon Beacons 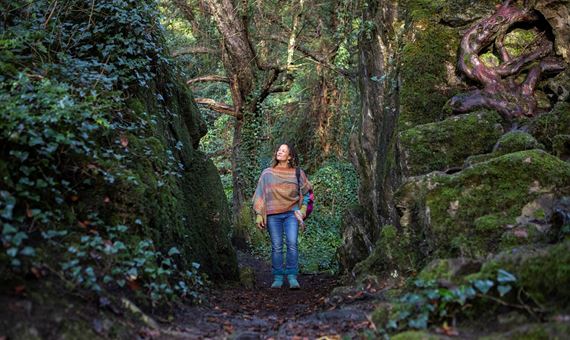 Walk to the Eagles Nest, a famous viewpoint over...

How to download our apps
Is there anything wrong with this page? Give us your feedback.
Print this page