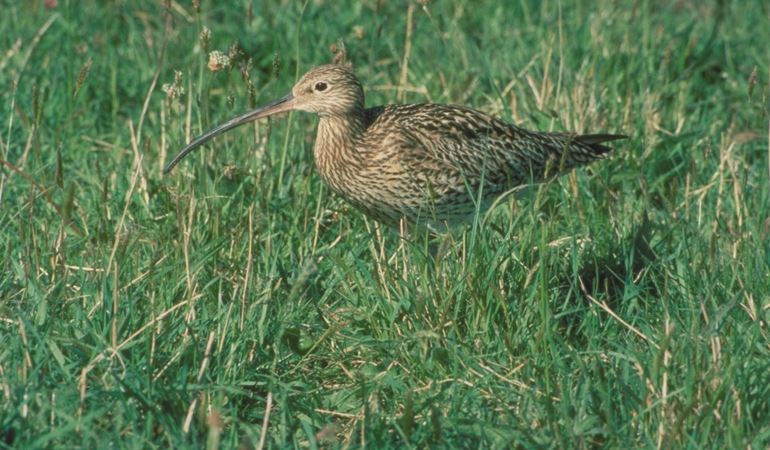 It’s been a beautiful, sunny spring and the wildflowers have been magnificent, primroses, bluebells, cowslips flowering for longer in the absence of wind and rain. But I’ve also found it a troubling time.

I could  set my calendar by the arrival of the first swallow to our smallholding in the hills above Wrexham, normally around  7 April. The barn soon echoes to their chattering calls but this April there were no swallows.

Thankfully many other migrants arrived as usual; chiffchaffs in March, followed by the beautiful melodious calls of blackcaps and willow warblers in April. Eventually a couple of swallows arrived in early May but far fewer than in previous years.

I’m told that the high-pressure system that basked us in April sunshine also pushed the jet stream south, bringing storms to Spain, holding back swallows and swifts on their journey from Africa.

This raised the question whether our recent dry, sunny springs are a consequence of climate change, or just part of our naturally varied weather?

And swallows weren’t the only birds missing this year. Snowdrops and daffodils are a welcome sign, but I know the dark days of winter are over when I hear the beautiful fluting cry of the curlew.

This is a real call of the wild and wild places, as they pass from the coast to their breeding grounds on nearby moors in March. But that sound was absent this spring and there’s been no cuckoo, the most evocative call of all our migrants.

We’ve heard about the Nature Emergency, but it’s really hit home to me this year. I’ve wondered if there is anything I have done to lose our swallows.

We used to keep cattle and the dung heap provided a marvellous supply of insects over which the swallows would glide back and forth feeding. But the cattle were a lot of work, weren’t making much money and the threat of TB was concerning. So, we sold the cattle, rented the land out and the dung heap and insects have gone.

A little further afield, the sheep that replaced the cattle, are out all winter. By spring the turf is tightly grazed; when we had cattle, kept in a shed all winter, the fields had a rest, the sward was taller, and plants had a chance to flower.

The Nature Emergency is driven by huge changes in land use and climate change that feed micro-changes like our move out of cattle, leading to species declines. Welsh Government is taking the issue seriously with £15m to the Nature Networks fund this year, of which £5m is for NRW to help bring our best wildlife sites, Sites of Special Scientific Interest, into better condition as part of a wider strategy to make Wales’ ecosystems more resilient and connected.

Some sites need much more though, to reverse decades of damaging human activities. For example, our peat bogs have been drained, dug and burnt for centuries. Significant infrastructure is required to get them into better condition, bring rare species back and prevent the methane and carbon dioxide they contain leaking into the atmosphere.

Dams to block drains and bunds to hold water back are essential. Hence it is encouraging that the Government has helped establish the National Peatland Action Programme to restore peatlands and is match funding European LIFE money to support the restoration of our few remaining Quaking bogs and Transition Mires (LIFEQuake).

Crymlyn Bog on the outskirts of Swansea, is one of these; it’s an incredible survivor of drainage, pollution from landfill, coal mines and an oil refinery and even stray bombs from the Luftwaffe!

Talking to some of the older famers, you hear about the huge post-War effort to increase agricultural production, grants for drainage, ploughing up moorland and removing hedgerows and Government advisors who enabled farmers do this. It was an onslaught on nature that brought us cheap food driven by the desire to be more self- sufficient, following wartime shortages.

We need a similar programme If we want to reverse biodiversity declines. But is this possible?

Welsh Government’s commitment to tackle the Nature Emergency is heartening but much will depend on the new agri-environment system, due to start in 2025.

One of the most fundamental issues will be having sufficient advisors able build relationships with farmers to tweak their farming systems and bring back wildlife and help them play their part in reducing carbon emissions. On some farms this means livestock reductions or changes such as from sheep to cattle. In others, such as some of our uplands, at risk of agricultural abandonment, more animals are needed to emulate natural grazing patterns. These are the places where the drive for tree planting, primarily to suck up carbon, is mostly likely to target. But these uplands remain some of our most important places for wildlife and they are also the location for many of our wet peaty soils, a key carbon store, which risk drainage by afforestation.

There is a long way to go, but with sufficient staff and resources and careful planning, we can make the countryside a carbon sink and help bring those disappearing species back.

Last week I visited Fenns and Whixall Moss, on the border near Whitchurch, to see what the 6-year Bog LIFE project has achieved.

The site was devasted by intensive peat cutting in the 1980’s, conifer planting, fires and scrub encroachment. But as a result of constructing kilometres of bunds and hundreds of dams to raise water levels, there is hope that we can keep around one million tonnes of carbon in the peat, rather than allow it seep into the atmosphere.

The return of several breeding pairs of snipe and maintenance of a healthy population of curlew, shows what can be achieved: the Climate and Nature Emergency addressed together.

As for me I’ll have to get some cattle back, but as they produce quite a lot of methane will have to think about how to address this, maybe I’ll plant some trees in a quiet corner.