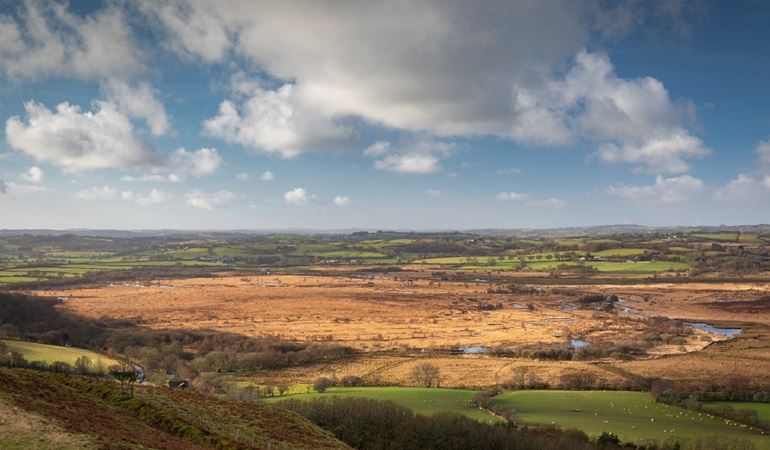 Jennifer Williamson from the UK Centre for Ecology & Hydrology (UKCEH) is currently leading on work that is monitoring the restoration of Wales’ lowland raised bogs.

Here she talks about the work and some of the findings so far.

The UK Centre for Ecology & Hydrology (UKCEH), British Geological Survey (BGS), and the University of East London are working with the Natural Resources Wales (NRW) led LIFE Welsh Raised bogs project to monitor the impacts of its restoration work.

The LIFE Welsh Raised Bogs project is the first national restoration programme for raised bogs and for any peatland habitat in Wales.

The pioneering and ambitious project aims to restore seven of the very best examples of raised bogs in Wales. Almost four-square miles (over 900 hectares) will be restored to a better condition. This represents 50% of this habitat in Wales and 5% in the UK.

Raised bogs provide multiple benefits to the environment, wildlife, and people. They are home to rare plants and wildlife, they store carbon from the atmosphere, can store and purify water and they also provide a fascinating insight into our environmental history.

In partnership with local communities, landowners and contractors, the project’s restoration work will include improving the conditions of the peatland, removing invasive species and scrub and introducing light grazing.

Restoration work such as bunding (creating low level banks of peat), ditch blocking, and vegetation clearance is currently under way, and the monitoring work done by UK CEH, BGS and the University of East London, will seek to find out how the work affects raised bog conditions.

A bog can breathe

A healthy peatland can “breathe” in response to changing water availability, with the ground surface tracking the water level, so that when the weather is dry, and the water levels in the peat drop the peat surface drops.

Then, as it rains and the water table rises again, the peat surface rises with it. This means that peat at the surface, and the vegetation growing on it, remains wet - even during periods of dry weather.

If peatlands are drained and damaged the peat becomes more compacted. This means that it can no longer move so easily in response to changing water levels and the water within the peatland can drain away.

Tracking the fluctuation in the peat surface can give a good indication of the response of the peatland to changes in management and whether its condition is improving over time.

Until now, monitoring this surface movement has required expensive technological solutions to get detailed measurements.

The new LIFE for Welsh Raised Bogs project has enabled us to put out a network of cameras that continuously monitor peat surface movement across the seven sites. This is the first time such measurements have been carried out on this scale in the UK. 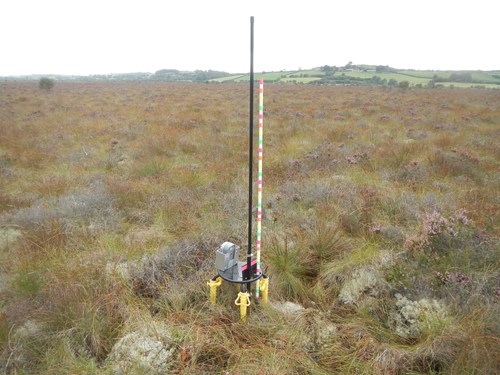 The cameras will continue to monitor the peat bogs throughout restoration and will pick up any short-term effects of management work on surface motion, as well as changes over time as a result of the work designed to bring the water level closer to the peat surface.

As well as the novel peat surface monitoring that we are carrying out across the raised bogs we are also using established monitoring methods to assess vegetation cover before and after restoration work.

Measuring carbon storage and release from the raised bogs

Finally, at Cors Caron NNR we have installed a flux tower, which measures uptake and emission of carbon dioxide from the bog. This will allow us to determine whether the bog is storing or emitting carbon. 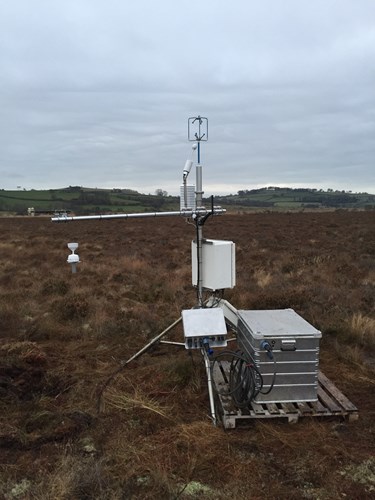 The data from this work will feed into wider work on greenhouse gas emissions and will help to plug the current knowledge gap regarding reporting emissions from the UK’s lowland raised bogs.

This work has been made possible with funding from UK Research and Innovation (UKRI) and means that data from the work at Cors Caron NNR is part of the UK wide Flux Tower Network run by UKCEH.