Blue-green algae naturally occurs in inland waters, estuaries and the sea. Blooms can form when their numbers become excessive. Here we describe characteristic features of blue-green algal blooms, how they affect you and what you should do if you see one. 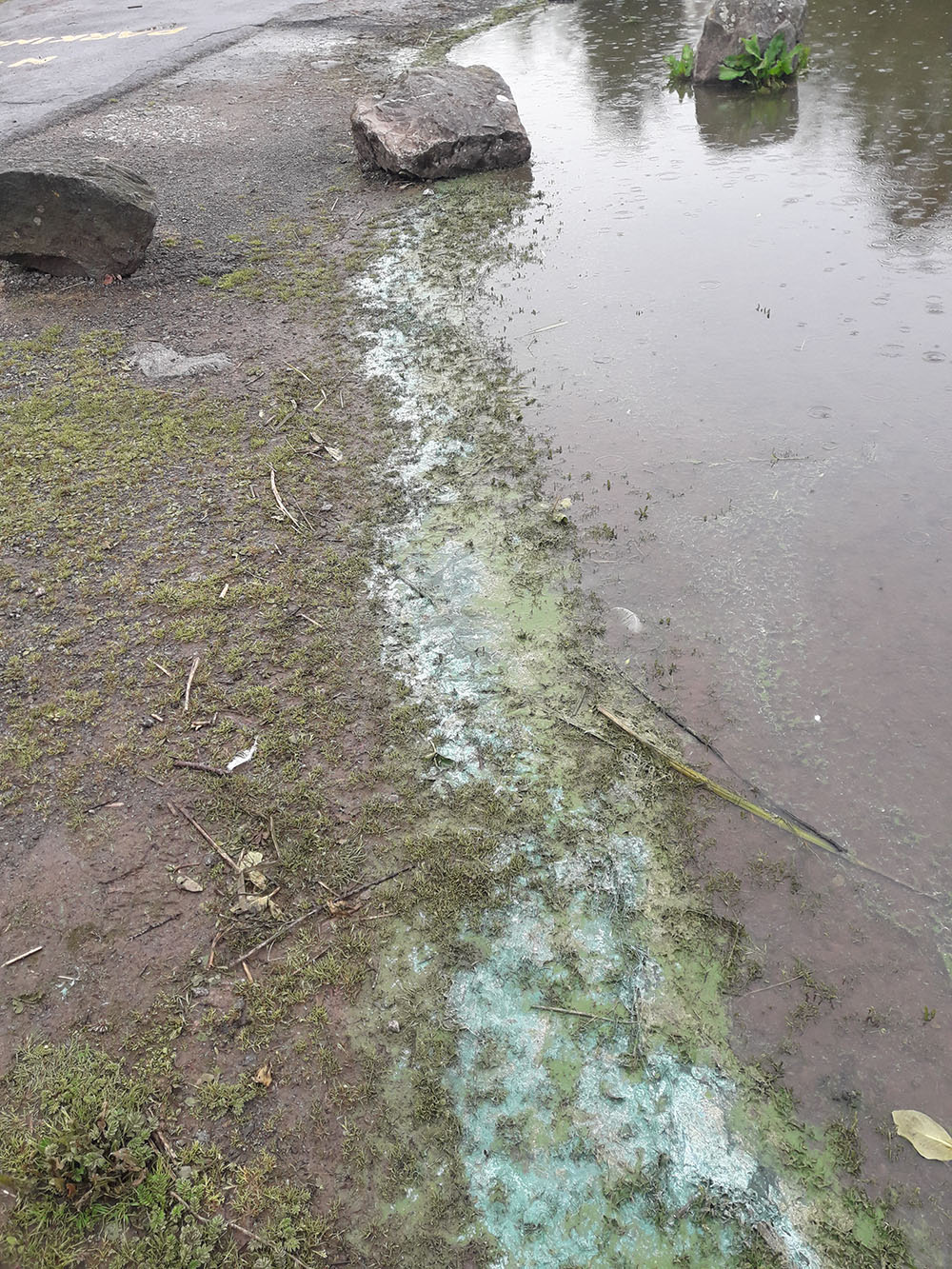 What are blue-green algae?

There’s a wide range of blue-green algae (cyanobacteria). In fresh waters, they’re suspended within the water or attached to rocks and other surfaces. They include single-celled species and others whose cells are arranged in colonies and filaments. It’s difficult to see individual cells, colonies and filaments, but you usually can when they’re concentrated into clumps. These clumps can look like green flakes, greenish bundles or brownish dots.

Blue-green algae and other algal groups are important contributors to the aquatic biology of fresh and marine waters. They’re primary producers that:

Blue-green algae need nutrients to grow. Nutrients exist in various forms in freshwater. The algae use them directly. Some species use nitrogen from the air and out-compete other phytoplankton if nitrogen compounds in the water are limiting. When there’s excess nutrients and plant growth this is called eutrophication.

Where high levels of phosphorus exist, and other requirements for growth are met - for example, adequate light, mixing, flow and temperature - then the numbers of blue green algae can increase.

Increased periods of growth can create blooms. Blooms can have a negative effect on the appearance, quality and use of the water. It may become green, blue-green or greenish brown and several species can produce musty, earthy or grassy odours. Blooms can also cause foaming on the shoreline - sometimes confused with sewage pollution. During a bloom, the water also becomes less clear, blocking sunlight and stopping plants in the water from growing.

Blue-green algae photosynthesise during the day - adding oxygen to the water - but consume it at night. This means oxygen levels can be very low in the early morning and can suffocate fish and other creatures. When the bloom has subsided, bacteria causing the decay can also remove large amounts of oxygen.

Scums form during calm weather when several bloom-forming species rise to the water surface. This can look like paint, jelly or form small clumps. Scum colour varies because algal pigments differ between species, and even within single species, depending on the nutrient supply, light intensity and age of the bloom. Scums may be blue-green, grey-green, greenish-brown or occasionally reddish-brown.

The persistence of scums also depends on which species are present. Some form quickly on calm days, but are rapidly dispersed if wind and wave action increases

How can blue-green algae affect you?

Bloom and scum-forming blue-green algae can produce toxins. Toxin-producing blooms are called Harmful Algal Blooms. These toxins can kill wild animals, farm livestock and domestic pets. In humans, they can cause rashes after skin contact and illnesses if swallowed. Not all blue-green algae blooms and scums are toxic, but you can’t tell just by looking at them, so it’s best to assume they are.

What can you do?

Blue-green algal blooms and scums are natural annual features of some waters. Changes in water management can control the algae - such as:

We can advise you on prevention, control and long-term management.

What you are responsible for

You must consider how your water is used when assessing the risk to humans and animals from exposure to a blue-green algal bloom or scum. You are responsible for:

Where a bloom occurs on a water body or beach owned by a Local Authority, they are responsible for taking the above action.

These haven’t led to long-term effects or death but, in some cases, the illnesses were severe. Although algal scum isn’t always harmful, avoid contact with it and the water close to it.

The toxins the algae may produce are also toxic to animals and can cause severe illness and death. Farmers and pet owners should keep their animals away from affected waters.