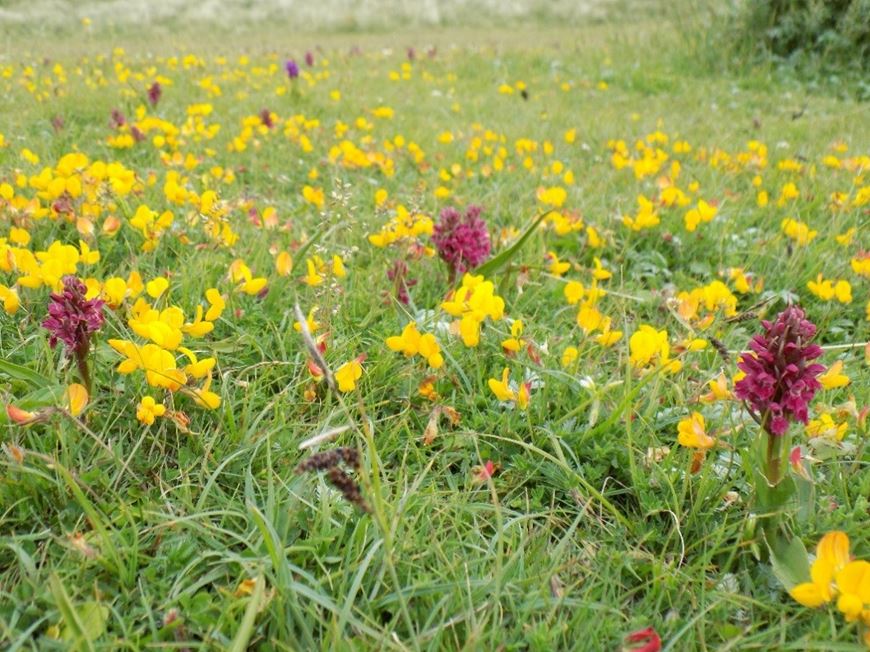 The nature and climate emergencies are interlinked.

Arctic-alpine species within mountain habitats could disappear from Wales as their habitats are lost.

The ecosystem services these habitats provide - like flood defence and carbon dioxide removal - will also be lost.

The number and range of invasive non-native species is likely to increase with the changing climate.

Global greenhouse gas emissions are at levels unprecedented in at least the last 800,000 years.

The Intergovernmental Panel on Climate Change warned that the world must reach global net-zero greenhouse gas emissions by 2050 to avoid the consequences of warming above 1.5 degrees C.

Staying within these limits - which is still possible - will reduce risks to biodiversity, ecosystems, food systems, water and human wellbeing.

When the report was published it led to a change in public perception of climate change.

There is now an urgent need for a response across government and society.

Greenhouse gas emissions in Wales have fallen by a quarter since 1990. 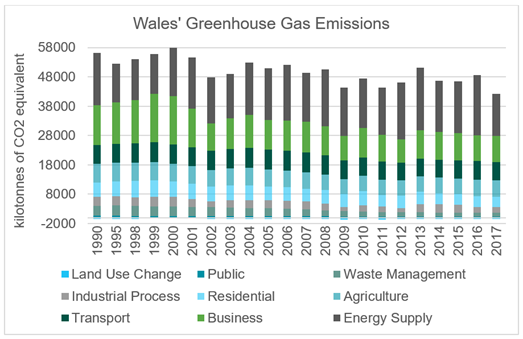 The third annual Well-being of Wales (2019) report gives more detail about the two sectors in Wales emitting the largest amount of greenhouse gases: energy and transport.

Read more about the energy and transport sectors in Wales.

In 2019, Welsh Government accepted the UK Committee on Climate Change recommendation that Wales should achieve 95% emission reduction by 2050.

This is greater than the Environment (Wales) Act 2016 requirement to reduce carbon emissions by at least 80% by 2050.

As well as having at least a gigawatt of Welsh-owned generation by 2030, all new energy developments should have some local ownership from 2020.

Prosperity for All: A Low Carbon Wales sets out the Welsh Government plan for meeting decarbonisation targets in Wales.

It proposed a change to the UK target for greenhouse gases from an 80% reduction by 2050 to net zero emissions by 2050.

To deliver this revised target, it said:

The rate of species extinctions is accelerating.

If changes aren't made now, losses of biodiversity and the negative impact on nature’s benefits to people will continue.

In 2019, the International Science-Policy Platform on Biodiversity and Ecosystem Services published a global assessment of biodiversity.

It estimated that around 1 million animal and plant species across the world are now threatened with extinction.

The UK picture is reflected in the 2019 State of Nature report.

It shows how human impacts are driving changes in wildlife across the UK:

In Great Britain, 6% of non-native species are considered to be having a negative impact on biodiversity.

Over the period 1960 to 2018, invasive non-native species have become more prevalent.

This has increased the pressure on native biodiversity, outlined in detail in the UK Biodiversity Indicators 2019.

Every six years the UK's Joint Nature Conservation Committee assesses the conservation status of all species and habitats listed in Article 17 of the Habitats Directive.

The fourth Article 17 UK Habitats Directive Report (2019) found that 35% of listed species and 8% of habitats were in favourable conservation status at the UK level: 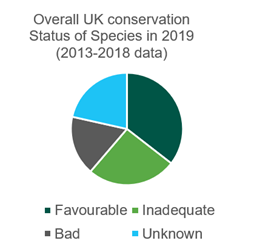 The 2019 State of Nature report found that 1 in 6 species are at risk of extinction.

Since rigorous scientific monitoring began in the 1970s, of the 3,902 species assessed in Wales, 73 have been lost.

Birds like turtle doves and corn buntings are now lost from Wales.

For the land-based and freshwater species in the UK assessments found in Wales, 10% of plants, 8% of fungi and lichens, 36% of vertebrates and 5% invertebrates are at risk of extinction.

Risk assessments of species extinction for Wales only are limited, as is an assessment of abundance. The State of Nature 2019 report shows us that there have been big changes in where wildlife is found across Wales:

Key pressures affecting biodiversity loss across the UK and Wales result from: 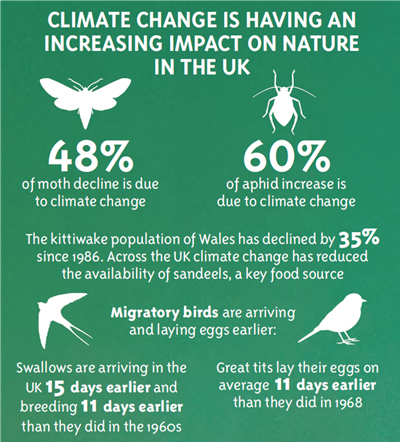 Read more about the drivers of change in the International Science-Policy Platform on Biodiversity and Ecosystem Services global assessment (2019) and State of Nature report (2019).

The pressure of climate change and loss of biodiversity affects the services ecosystems provide to us and, as a result, our well-being. 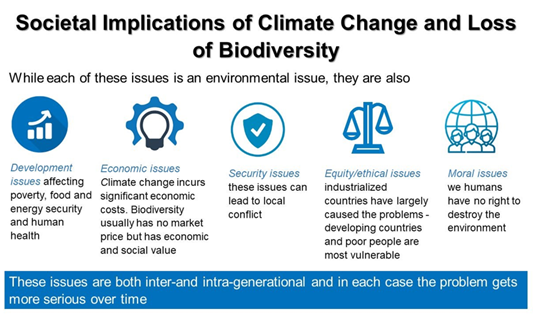 As the State of Nature report says, the figures are mainly cause for alarm, but there is room for cautious hope.

Woodland cover has almost quadrupled across Wales, from 4% in the early 1900s to 15% today.

Polecats are also making a slow recovery from a low point in the 1930s.

The report goes on to recognise how conservation organisations and individuals have saved various species from extinction. The bittern and the large blue butterfly are two examples brought back from the brink of extinction in the UK.

Responding to the challenges

Find out how we can respond to the challenges of climate change and biodiversity loss.

Other places in State of Natural Resources interim report 2019 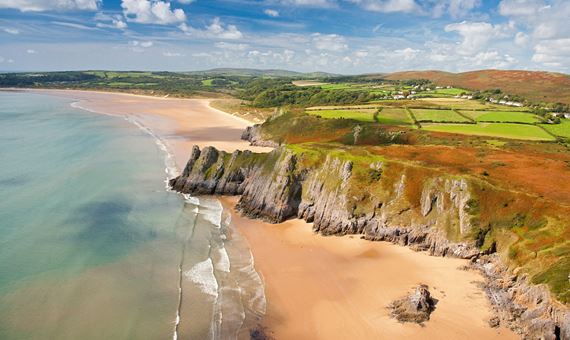 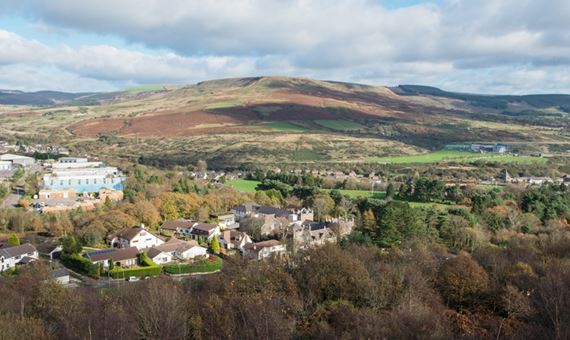 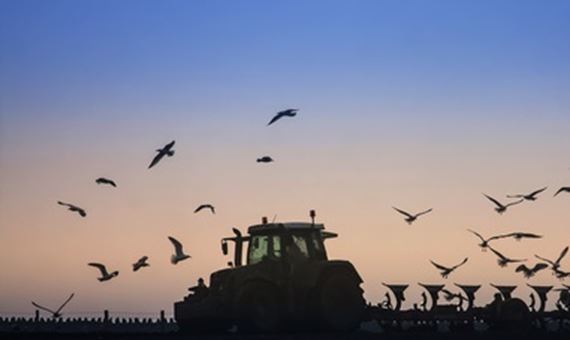 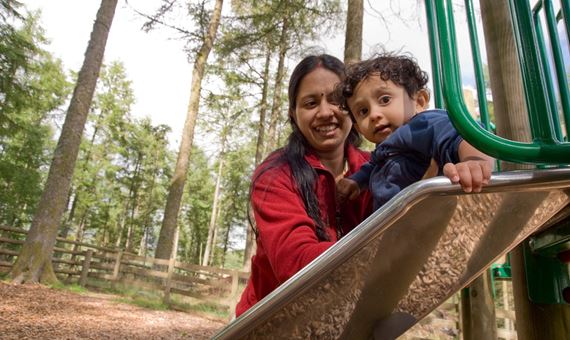 Is there anything wrong with this page? Give us your feedback.
Print this page