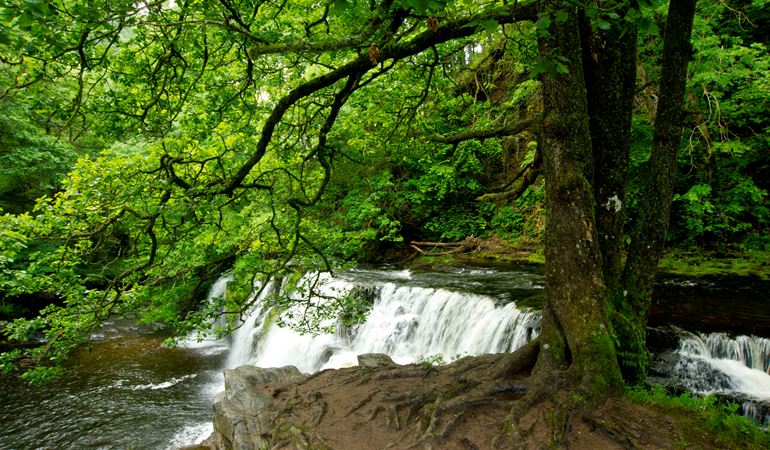 The Ancient Woodland Inventory identifies woodlands that have had continuous woodland cover for some centuries. Studies show that these woodlands are typically more ecologically diverse and of a higher nature conservation value than those developed recently or those where woodland cover on the site has been intermittent. These woodlands may also be culturally important.

In the 1980s, the Nature Conservancy Council, as it was, instigated the Ancient Woodland Inventory (AWI), which attempted to identify all ancient woodlands in England, Wales and Scotland. A baseline date of 1600 AD was adopted since reasonable maps were available from that date onwards (in England, at least). It was, however, an arbitrary date in the sense that it is not related to any clear ecological cut-off point. In Wales, the mapping baseline used was the 1st editions of the Ordnance Survey (OS) 1” maps published in the 1830s. The AWI was always considered to be provisional and subject to refinement and was never intended as a definitive listing of ancient, or 'the best', woods.

The 1980s version of the inventory was compiled manually, using tracings from paper maps. It contained a significant number of boundary discrepancies. In the late 1990s, paper maps were converted to digital format and an initial effort was made to reconcile boundaries with digital OS boundaries. This work was completed and the first digital version of the inventory was made available in 2004. This version is referred to as the AWI 2004.

During the digitisation work, it became clear that a comprehensive revision was needed to fully resolve the discrepancies identified when the digital AWI 2004 was being prepared. Digital versions of the first County Series OS maps (1: 2,500), known as Epoch 1 maps, had become available and, even though produced a few years later than the first edition maps, they were far superior in terms of scale, clarity and detail. The potential for using these maps as a baseline for a revised inventory was recognised, and after two pilot studies it was decided that they would resolve many previous discrepancies and much better define the boundaries for ancient woodland across Wales.

An ecological survey was carried out to determine any significant ecological differences between woods on the existing AWI and those shown only on the Epoch 1 maps. The larger scale of the Epoch 1 maps allowed ancient woodland as small as 0.5ha to be identified – an improvement on the previous minimum threshold of 2ha.

Between 2010 and 2011, Forestry Commission Wales (FCW) and the Countryside Council for Wales (CCW) commissioned a revision of the AWI in Wales. The basic assumption was that woodland shown on Epoch 1 maps and which is currently present in the National Forest Inventory (based on modern aerial imagery) is potentially ancient woodland. This new updated inventory (AWI 2011) indicates that there are around 95,000ha of ancient woodland (AW) in Wales, compared to the 62,000ha identified in the AWI 2004.

The Ancient Woodland Inventory places woodland into one of four categories:

The map and GIS data of the Ancient Woodland Inventory can be viewed with the Lle Geo Portal link.

National Forest Inventory Forestry Commission Data Download
Last updated
Is there anything wrong with this page? Give us your feedback.
Print this page