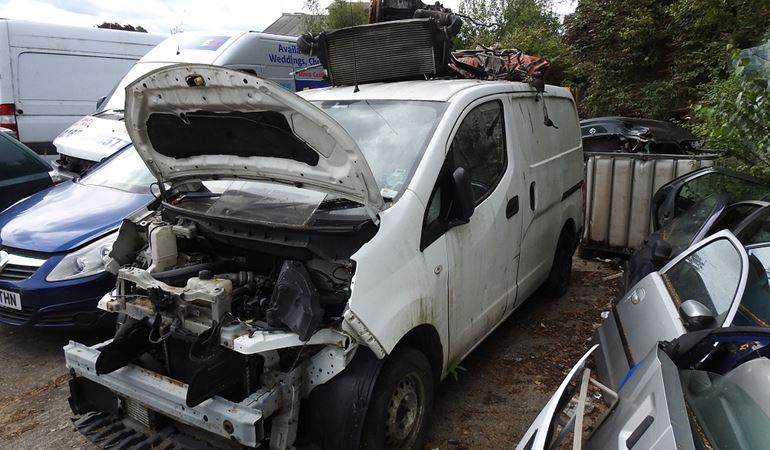 A man found to be running two illegal end-of-life vehicle sites in Flintshire has been ordered to pay costs totalling over £6,000 and handed a 20-week suspended custodial sentence.

This followed an investigation by Natural Resources Wales (NRW) Officers in July 2020 which discovered 204 vehicles on a site at Castle Park Industrial Estate, Flint. The vehicles were found to have had engines, wheels and body panels removed and the site had clear signs of oil and other contaminants on the ground. Mr Dooley does not hold a waste carrier licence.

Then in August 2021, NRW Officers discovered Mr Dooley had been running a near identical site in Sandycroft, Flint. At this site Mr Dooley held 124 cars in unroadworthy state.

Mr Dooley was found to have no environmental permits nor any registered waste exemptions in place at either site, whilst the oil and other contaminants on the ground posed a risk to the environment.

“Crimes of this kind has the potential to cause havoc in our communities, having a detrimental impact on our environment and wildlife, whilst each year resulting in millions of pounds being lost from the pockets of the taxpayer, local businesses and landowners.

“In this case we found Mr Dooley had been running two end-of-life vehicle sites with no valid environmental permits. When our NRW Enforcement Officers discover such illicit activity, they will not hesitate in taking action.

“We would like to commend everyone’s work in ensuring this was a successful prosecution.”