These Area Statements summarise discussions from the last couple of years. We are continuing engagement on Area Statements and are adapting our plans for future events and workshops due to the coronavirus pandemic. Please use the feedback boxes on each Area Statement page to find out more.

Most of the car parks and trails in our woodlands and nature reserves are open.

For updates on what’s open, see our page on visiting our sites during the coronavirus pandemic.

That, however, only tells a fraction of the story. North East Wales is a mosaic of small villages, traditional farm buildings, ancient monuments, field boundaries, woods and parklands. There’s an immense sense of history embedded in the landscape, no more so than in the Clwydian Range and Dee Valley (designated as an Area of Outstanding Natural Beauty) with its medieval field systems, open moorland, prehistoric hillforts and farms. Small wonder that an estimated 1.1 million people were recorded as having visited six key sites across the Clwydian Range and Dee Valley AONB during 2018, generating approximately £24.1 million to the Welsh economy in the process.

North East Wales has many historic estates such as Chirk Castle and Erddig in Wrexham, not to mention the famous ‘river in the sky’ straddling the Denbighshire/Wrexham border otherwise known as the Pontcysyllte Aqueduct and Canal World Heritage Site.

Moel Famau – meaning ‘Mother Mountain’ in Welsh – is part of the Moel Famau Country Park spanning the Flintshire and Denbighshire border. The mountains here are covered in heather moorland, an internationally important habitat that can be seen from miles around. Flintshire’s coast stretches for 25 miles/40 kilometres from Chester to Gronant and forms part of the Wales Coast Path. Alongside the Dee Estuary, you’ll be in a world characterised by industry as well as nature. Talacre boasts a golden beach and sand dunes along with its iconic lighthouse. However, Flintshire is a county that has some of the most deprived communities in Wales. The A55, known as the North Wales Expressway, also makes Flintshire the gateway to the north of the country.

Dominated by agriculture and set against the western backdrop of the Ruabon Moors and Esclusham Mountain, the county of Wrexham is, nevertheless, home to North East Wales’ largest built-up area in Wrexham itself. It, too, has some of the most deprived communities in the country. Besides being a busy administrative and retail centre, the town harbours one of the largest business parks in Europe in Wrexham Industrial Estate. Contrast that with what lies to the south west of the county. Here, where the Berwyn Mountains encircle the Ceiriog Valley, Welsh identity is strong, hill farming a way of life and the atmosphere tranquil. To the south east, along the border with Shropshire, the Fenn’s, Whixall and Bettisfield Mosses National Nature Reserve represents an important haven for wildlife as does, you might be surprised to discover, Wrexham Industrial Estate.

Although Denbighshire also has an agricultural backbone, it’s a county that relies heavily on tourism, stretching as it does from the coastal towns of Rhyl and Prestatyn in the north to picturesque Corwen and Llangollen in the south. Here, among a range of other attractions, you’ll discover the River Dee, internationally renowned for its fishing and water recreation facilities as well as being one of the most regulated river catchments for public water supply in the world. To the west of the county, covering over 4,000 hectares, stands the majestic Clocaenog Forest, lauded not only for its wildlife but as a popular recreational retreat and source of energy thanks to its wind turbines. Between £1.5-2 million is generated through the sustainable harvesting of timber from the forest each year. However, again, you will find communities in Rhyl’s western suburbs recognised as the most deprived in Denbighshire.

The North East Area Statement – which consists of five key themes – emerged from a series of engagement events concerning what our Area Statement should comprise of. Central to all five is the desire to address climate change, while at the same time making the natural and built-up world more resilient and adaptable in the face of the current climate emergency. It’s about exploring ways we can work together on a local basis to protect, value and embrace the natural environment while also putting it at the heart of the decision-making process, in line with the Welsh Government’s Natural Resources Policy of 2017.

The five themes are:

It’s worth noting that the first theme – Climate Emergency: Resilience and Adaptation – represents the cornerstone of the Area Statement, underpinning our entire approach to addressing the challenges that we, and our natural environment, now face.

From the engagement events, it was clear that putting communities at the heart of the Area Statement process had a great deal of support from a wide range of stakeholders. Broadening the depth of involvement at a local level will, we believe, be key when it comes to delivering throughout 2020 and beyond.

Additionally, there was support for nature-based solutions, renewable energy, well-being, language and culture, together with developing opportunities for outdoor tourism. These ‘sub-themes’ will be entwined across all our five themes. Interest was also expressed in the overall way that Area Statements will work, how delivery mechanisms will be identified, and the allocation of resources.

Maps of the area

Please note that our maps are not accessible for people using screen readers and other assistive technology. If you need this information in an accessible format, please contact us. 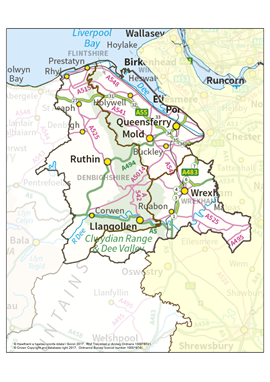 Give us your feedback

Themes in this Area Statement

We live in a North East Wales where we respond...

In North East Wales, we have greener more inviting...

North East Wales will be known for its high-quality... 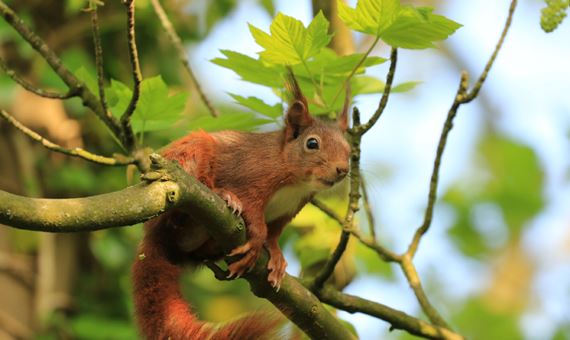 Promoting the resilience of ecosystems in maintaining and enhancing biodiversity

We live in a vibrant and biodiverse North East...

Protecting water and soil through farming and sustainable land management

A sustainable, resilient agricultural food and...

Is there anything wrong with this page? Give us your feedback.
Print this page