Our staff are now home working wherever possible. This means we can't accept paper application forms at this time. You will be able to submit forms via email.

You will need Microsoft Word 2010 or equivalent to be able to use the electronic forms.

Whilst we hope to keep disruption to a minimum, please be aware there may be a longer processing time during this period of transition.

Find out more about our response to coronavirus 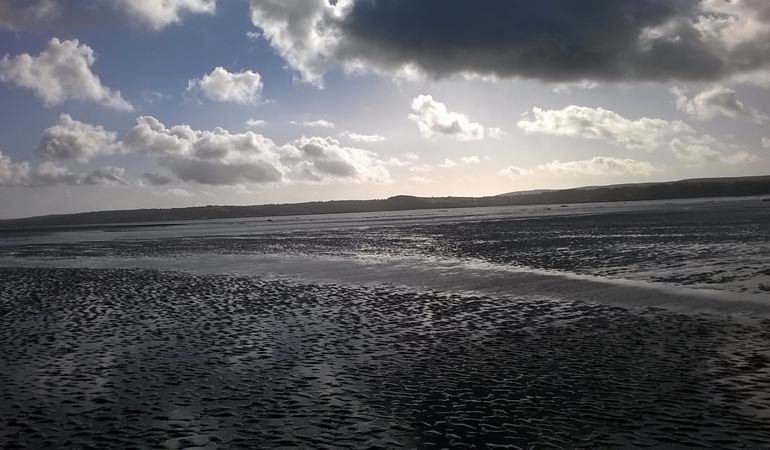 A large productive estuarine environment, the Burry Inlet has extensive areas of intertidal sand and mud-flats as well as large sand dune systems at the mouth of the estuary. With wide tidal fluctuations (up to 8m), a considerable extent of intertidal sediment is regularly exposed. It is within these sediments that the common cockle (Cerastoderma edule) is found and in the Burry Inlet, this bivalve supports a commercial fishery.

In 1965, the Burry Inlet Cockle Fishery Order 1965 was made by the Minister of Agriculture, Fisheries and Food, granting South Wales Sea Fisheries Committee (SWSFC) a right to regulate the fishery for cockles.

With effect from 1st April 2013, Natural Resources Wales (NRW) assumed responsibility for management of the Fishery pursuant to the Burry Inlet Cockle Fishery Order 1965 (the Order). The Order confers upon NRW powers to regulate the Fishery until 15th June 2025. NRW have devised a Management Plan that identifies our aims and objectives for the sustainable management of this natural resource.

The Burry Inlet is within the Carmarthen Bay and Estuaries European Marine Site (EMS) which is part of a European-wide network of areas – the Natura 2000 series – designated under the European Union’s Habitats and Birds Directives to safeguard habitats and species that are important and threatened on a European scale.

The large estuarine complex of the Burry Inlet includes extensive areas of intertidal sand and mud-flats and the largest continuous area of salt-marsh in Wales (22 square kilometres). Burry Inlet regularly supports internationally important numbers of overwintering wildfowl and waders that feed in the saltmarshes and on the intertidal areas.

Summary information provided to the European Commission by the UK is available from the Joint Nature Conservation Committee website and the data sheet.

The site is also designated as a Ramsar wetland of international importance under the 1971 Convention on Wetlands for the same bird species.  However, the wetland designation also lists as important plant, invertebrate, fish and further bird species.

The vision for the Carmarthen Bay and Estuaries European Marine Site is one of a quality marine environment, where the habitats and species of the site are in a condition as good as or better than when the site was selected, where human activities co-exist in harmony with the habitats and species of the site and where use of the marine environment within the EMS is undertaken sustainably.

The Habitats Directive does not include any intention to exclude human activities (commercial or recreational) from Natura 2000 sites. The aim is to ensure that those activities are undertaken in ways which do not threaten the features the site is designated for. Natural Resources Wales is one of the Relevant Authorities that are directly involved in the management of the site, working together as the Carmarthen Bay and Estuaries EMS Relevant Authorities Group (RAG).

Competent authorities (those that grant any kind of permission or license for activities or developments) consult NRW for the purpose of assessments they make for plans and projects likely to have a significant effect on a European site.

Following two rounds of public consultation (August 2012 and September 2013) on a proposed Management Plan for the cockle fishery, the Burry Inlet Cockle Fishery Order 1965 Management Plan was approved by the Welsh Government 12 March 2015.

The Burry Inlet Cockle Fishery order 1965 Management Plan sets out Natural Resources Wales’ aim to develop a thriving cockle fishery in the Burry Inlet that supports, protects and enhances the needs of the community and the environment upon which it depends to: