Wales is home to four long distance routes, each of which can be enjoyed in bitesize chunks.

They are all open to walkers and some sections are open to cyclists and horse riders.

Each one takes you through or close by a different part of Wales’s stunning coastline.

At 870 miles long, the Wales Coast Path is the longest continuous path along a nation’s coastline.

Signposted with distinctive blue and yellow dragon shell signs, it goes from Chester to Chepstow, passing through or close by the places included in this leaflet.

The path through mid and west Wales boasts many beautiful beaches from sheltered coves to huge sandy stretches, and Cardigan Bay is home to the UK’s biggest pod of dolphins.

The route through South Wales is full of variety, taking in city landscapes, village life and magnificent estuary views.

The Pembrokeshire Coast Path is a 186 mile long National Trail from St Dogmaels to Amroth; it also forms part of the Wales Coast Path.

Offa’s Dyke Path runs for 177 miles from the South Wales coast at Chepstow to Prestatyn on the North Wales coast.

This National Trail traces the border with England and the spectacular 8th century earthwork constructed by King Offa.

Glyndŵr’s Way is the 135 mile long National Trail from Knighton to Welshpool.

Named after a 15th century Welsh prince, the route offers exhilarating walking in rolling hills with glimpses of the Dyfi estuary near Machynlleth where the trail meets the Wales Coast Path.

Other pages in Seaside days out 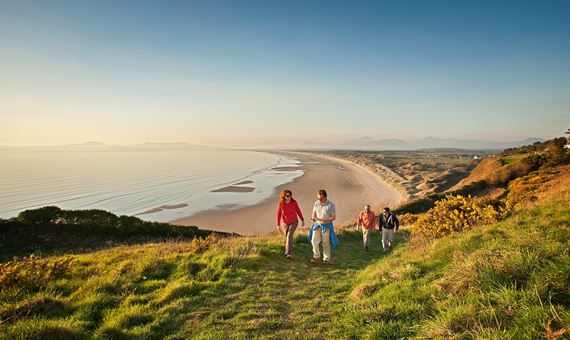 Ten special places by the sea

Our top ten places around the coastline of Wales...

Family days out by the sea

Discover our family friendly places on the shores... 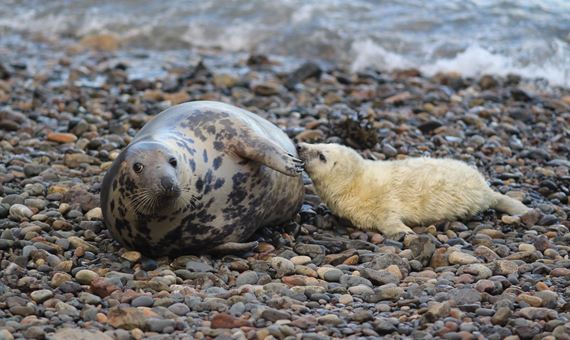 Wildlife above and below our waves

Wales' coastline is home to colourful and amazing... 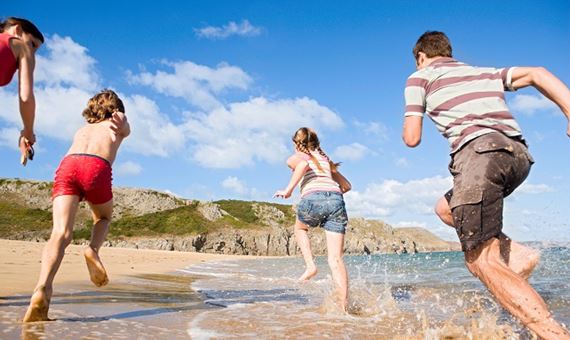 Wales has the best bathing water quality in the...

Helping everyone respect, protect and enjoy the outdoors

Recreation and Access policy advice and guidance
Last updated
Is there anything wrong with this page? Give us your feedback.
Print this page