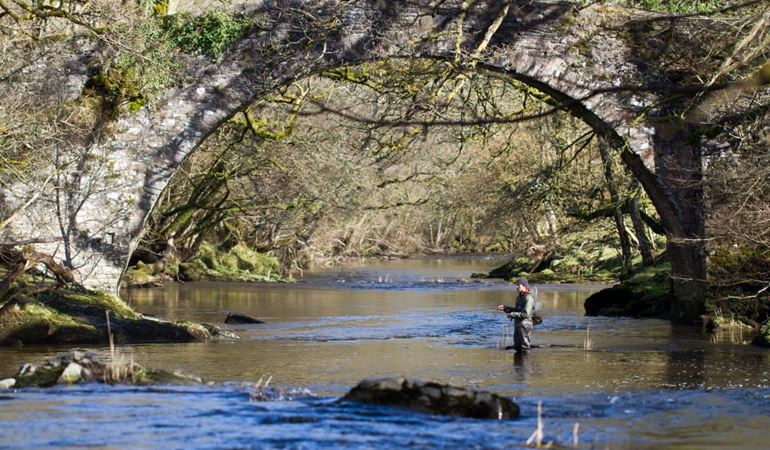 Four Rivers for LIFE is an ambitious, large-scale river restoration project to improve the condition of four major rivers in Wales: Teifi, Cleddau, Tywi and Usk.

These four rivers are classed as Special Areas of Conservation (SAC) which means they are of international importance for their wildlife and plants such as Atlantic salmon, lamprey, shad, otter and water crowfoot.

All four rivers are currently in an unfavourable condition as a result of multiple pressures.

A total of 776km of river will be improved in mid and south Wales over the next four years. The project will aim to restore the rivers to a better condition.

The project will use long term nature-based solutions to improve the ecological quality of the four rivers such as, improving accessibility for migratory fish, improving habitat structure and function, and improving water quality.

The BIGGER picture: The European Union has committed to restore 25,000km of rivers by 2030, in total this project will improve 776km of river, thereby contributing 2% of this total.

Working with partner organisations, farmers, landowners, local communities and contractors we aim to: 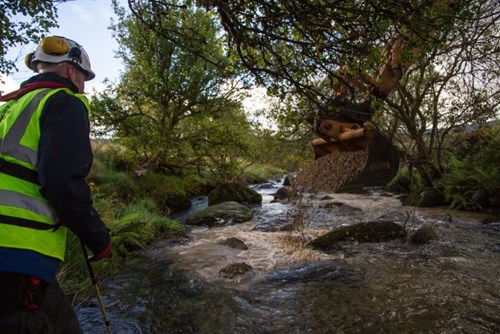 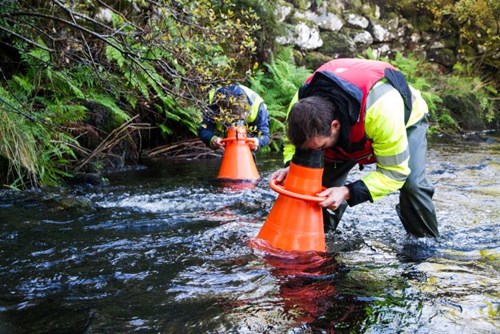 Why are rivers important?

Freshwater habitats account for some of the richest biodiversity in the world, and rivers are a vital, vibrant ecosystem for many species.

Rivers are home to an abundance of species that depend on permanently running water such as salmon and other fish that need clean gravels to spawn on, insects like stoneflies and mayflies that depend on constant high oxygen levels and cool water, river mosses, birds and in some of the best rivers the Freshwater Pearl Mussel.

But in the UK, our rivers are facing multiple threats – putting increasing pressure on the diverse wildlife that call our beautiful rivers home.

Healthy rivers can also help in the fight against flood risk and climate change, and act as a nature-based solution to pressures from extreme weather conditions.

Slowing down the flow and re-meandering some sections of rivers as well as connecting the rivers to areas of floodplain, can reduce the risk of flooding further downstream.

Planting trees next to rivers can help make our rivers more climate resilient by providing shade and cooling water temperatures for important wildlife.

Nature-based solutions aim to enhance river structures, and work with natural habitats and features to provide a range of benefits for people and the environment.

Fresh, clean water is essential for people to survive. Rivers are precious sources of fresh drinking water for people, so when rivers are in an unhealthy condition or negatively impacted by poor water management practices, it can have negative health impacts.

Our communities in Wales depend on rivers for their way of life and livelihoods. From fishing to agriculture, and outdoor pursuits, the way we manage our rivers has a direct impact on people’s lives.

What are the pressures facing rivers?

The overall projection for Wales is for warmer and drier summers, and warmer and wetter winters. There is much uncertainty, however key issues are emerging such as increases in surface water temperature and its effects on salmon.

Salmon have been described as one of the most vulnerable species to climate change, they are fundamentally a cold-water species, and this governs their geographical distribution.

Historic land management practices have led to an increase in nutrient levels within the rivers, suffocating some of the less tolerant species within. In combination with a range of other factors, this increase in pollution can have devastating impacts – particularly on fish species.

Migration between river and sea is a key part of the life cycle for salmon, shad and river and sea lamprey, but it is a journey made even more challenging by the many barriers such as weirs, dams, or culverts that block or impede their path.

Even with fish passes and easements in place to help them move around these barriers, there are often migratory delays that cause risk of failed migration to important areas of habitat.

Poor water quality is a recognised cause of decline in freshwater species, with species affected both directly (through exposure to chemicals and acidified waters) and indirectly (through runoff causing an entire river or parts  of it, to become overwhelmed with minerals and nutrients).

There is much evidence of the negative effects of invasive species on freshwater species and habitats, with general worldwide increases in the introduction and spread of non-native and invasive plants and animals (e.g. Signal Crayfish and Japanese knotweed). This pressure might become even more important in the future through climate change, increasing competition, predation and disease. 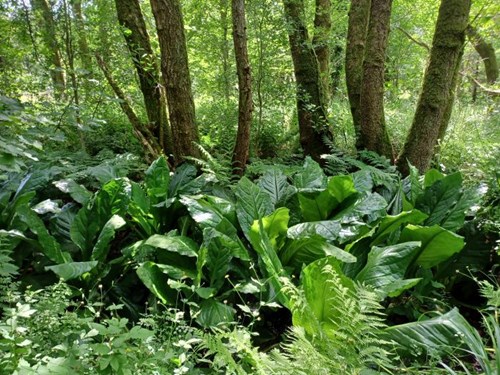 Our work with communities

The communities living along the four rivers will be at the heart of the project. We will work closely with local people to ensure they understand the ecological, environmental, social and economic value of the habitats and species, the river and the SAC in terms of their historic and present-day importance.

Our hope is that they will feel a greater sense of community ownership and responsibility for the four rivers and ensure the project’s legacy continues for years to come.

We will be encouraging people to get involved as much as possible by holding over 40 events during the project’s lifetime including river walks and talks, and attendance at large established events close to the rivers.

We will also work with stakeholders who have helped shape the project, we will engage with river trusts, agriculture and local wildlife groups, angling clubs and local history groups to name but a few.

If you would like us to be involved in your local community by giving a talk or presentation, please email 4RiversforLIFE@naturalresourceswales.gov.uk 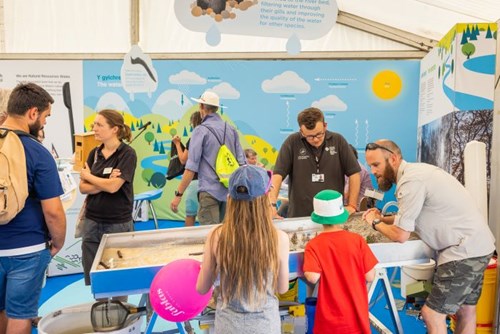 Learn more about our project

For more information, or to contact a member of the team 4RiversforLIFE@naturalresourceswales.gov.uk

Funding totalling £9million for the Four Rivers for LIFE Project has been given to Natural Resources Wales from an EU LIFE programme grant, with support from Welsh Government and Dŵr Cymru/Welsh Water (LIFE20/NAT/UK/000100).

River water quality: our responses to your questions
Last updated
Is there anything wrong with this page? Give us your feedback.
Print this page