The Evidence Advisory Committee (EAC) is a standing committee whose principal role is to advise the Board and provide independent advice, challenge and review to the Knowledge and Evidence Department, its strategic direction, and wider NRW evidence functions.

The EAC advises the NRW Board on approved NRW evidence programmes and their operational delivery, especially on the balance of strategic and operational focussed evidence.

The EAC will help to strengthen understanding in the wider research community and evidence users in government of evidence processes and priorities. It also aims to ensure the adherence across NRW to the principles and guidelines laid down in central government guidance on obtaining and using scientific advice and related codes of practice.

The EAC will address all evidence approaches used at NRW and all academic disciplines that are required to provide evidence for our decision-making.

The responsibilities of EAC are to:

The EAC will meet at least twice per annum.

The EAC will be chaired by the NRW Board member with responsibility for Evidence and Innovation.

Membership will comprise a second NRW Board member and about eight independent external members, judged by the Chair and NRW leads to offer appropriate expertise.

Members of the EAC 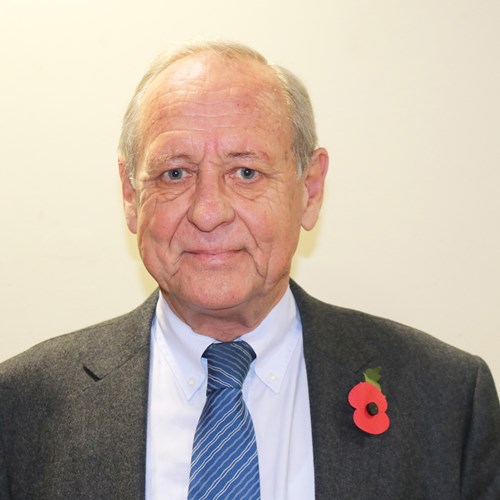 Natural Resources Wales Board member Peter Rigby was trained as a molecular biologist at Cambridge and Stanford, California. From 1999 to 2011 he was Chief Executive of the Institute of Cancer Research, where he remains as Professor Emeritus of Developmental Biology.

As well as being a Director of the Company of Biologists, he serves as the Chair of the Board of Trustee Directors of the Babraham Institute. He is a Fellow of the Royal Society and of the Academy of Medical Sciences and a Member of the European Molecular Biology Organisation.

Peter was a member of the Board of Governors of the Wellcome Trust and a Trustee of Marie Curie, and currently Chairs the Evidence Advisory Committee of Natural Resources Wales. 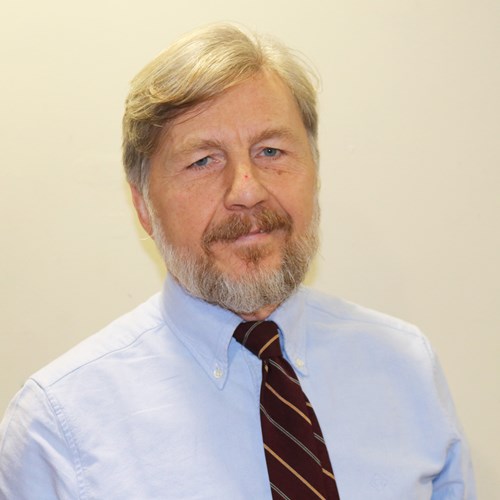 Natural Resources Wales Board member Steve Ormerod is one of the world's leading applied freshwater ecologists whose research focuses on the effects of global change on rivers, lakes and wetlands. Lately Chairman of the RSPB and Welsh Water's Environment Advisory Panel, he currently chairs the Invertebrate Charity 'Buglife'. He is Professor of Ecology at Cardiff University where he co-directs the University's Water Research Institute.

Steve is also the Deputy Chair of NRW’s Board. 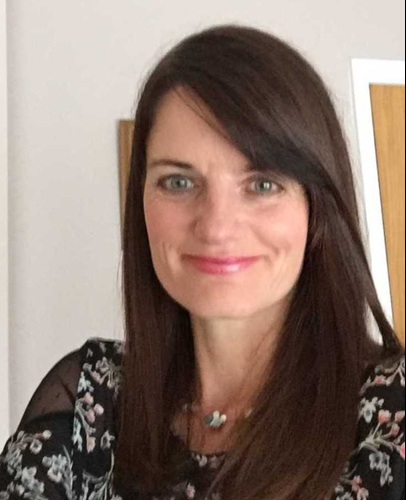 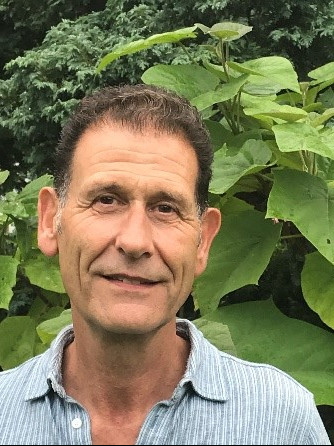 Gary Carvalho has for around three decades employed genetic markers to address questions in ecology and evolution. Effort is placed on demonstrating the value of molecular tools and genetic diversity as core components of environmental management and conservation of biodiversity, especially among commercially exploited species. Moreover, throughout his career, he has engaged with governance and policy making to foster awareness and the inclusion of genetics in environmental science. The underpinning strategy has been to elucidate drivers of genetic change and then to apply such understanding in the conservation of genetic resources. He edits the Evidence Synthesis articles for the Royal Society, London (PRSB). He has contributed variously at national (e.g. UK Biodiversity Science Committee, Scientific Advisory Panel, Environment Agency, NERC Panels) and international (e.g. FAO, European Commission, ICES) levels, and is currently, Emeritus Professor of Molecular Ecology, Bangor University and President of the Fisheries Society of the British isles. 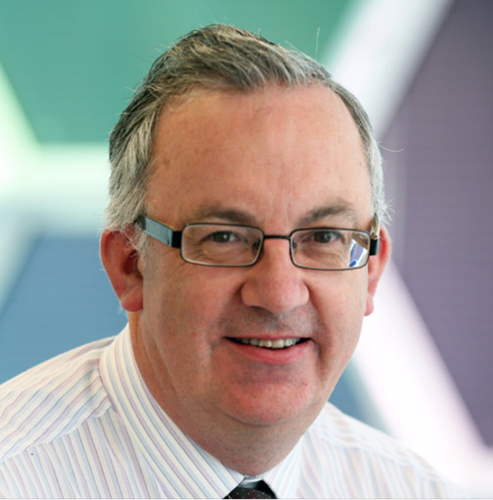 Hefin’s academic background is in community ecology, particularly entomology and the effects of climate change on species interactions. After studying zoology and ecology at the University of London, he spent three years as a New Initiative Research Fellow working on natural control of horticultural pests at what was then the National Vegetable Research Station at Wellesbourne, Warwick. After a short period developing computer expert systems in collaboration with ADAS he returned to field research in insect population ecology before being appointed Research Lead to the Ecotron Project at Silwood Park (Imperial College). Currently based in the School of Biosciences, Cardiff University his research interests are in woodland and freshwater community ecology. He is also the School’s Director of Undergraduate Education.

He is an editor of Global Change Biology and Agricultural and Forest Entomology and sits on the editorial boards of Bulletin of Entomological Research, Population Ecology, Gwerddon and Y Traethodydd. The first Dean of the Coleg Cymraeg Cenedlaethol he is currently also a Director of the Coleg. A Local Authority School Governor for two secondary school in Cardiff, he is also committed to the public understanding of science, particular through the medium of Welsh. A frequent contributor to Welsh media, in 2018 he was awarded the National Eisteddfod’s Science Medal for his contribution. He is also a member of the Gorsedd of Bards. 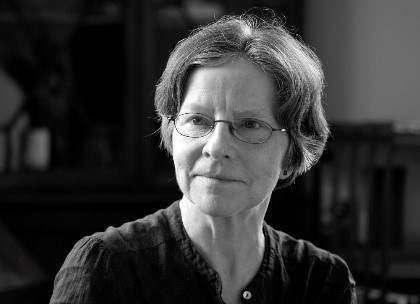 Susan Owens is Emeritus Professor of Environment and Policy at the University of Cambridge, Fellow Emerita of Newnham College, and a Fellow of the British Academy. She has researched and published widely in the field of environmental governance, focusing on policy processes in modern democracies, relations between science and politics, and the role of knowledge, evidence, ideas and expertise in policy formation and change. Her most recent book, Knowledge, Policy, and Expertise (OUP 2015) provides an in-depth analysis of the practices and influence of one of Britain’s longest-standing environmental advisory bodies (the Royal Commission on Environmental Pollution [RCEP], 1970–2011), and addresses wider questions about knowledge–policy interactions. She has extensive experience of policy engagement and advice: she was a member of the RCEP (1998–2008) and of the Royal Society’s Science Policy Advisory Group (2008–2013). Currently she serves on Defra’s Social Science Expert Group and Hazardous Substances Advisory Committee. She was recently a Panel member for the independent review advising Ministers on whether and how Highly Protected Marine Areas should be established in England (the Benyon Review, June 2020), and of a SAPEA (Science Advice for Policy by the European Academies) Working Group, ‘Making Sense of Science’. She chairs the Science Advisory Council of the Stockholm Environment Institute. 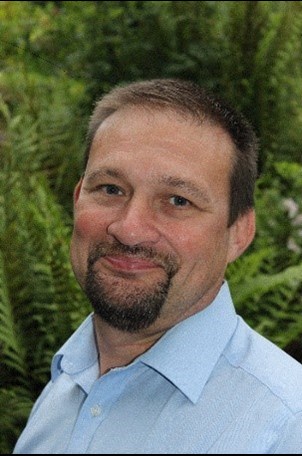 In 2007 Andrew co-founded the Collaboration for Environmental Evidence (CEE) and was Chair of the Board of Trustees until the end of 2017and is currently Chief Executive Officer. Also, Professor of Evidence-Based Conservation (part-time) at Bangor University, Andrew has co-developed the standard methodology for evidence synthesis in the environmental sector. He is Editor-in-Chief of the CEE Journal ‘Environmental Evidence’ and of the CEEDER Evidence Service. He has served as President of the European Section of the Society for Conservation Biology and on the global Governing Board and as Vice-President of the British Ecological Society. 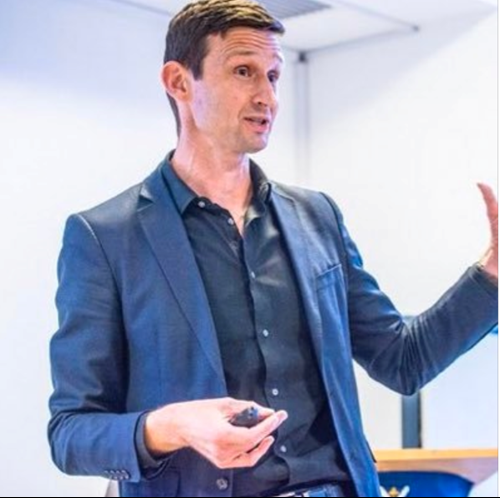 Originally from Black Country, Mark has lived and worked in Wales now for over 25 years. He completed his PhD at Aberystwyth University in which he explored sustainable urban development policies in the UK. He is now a Professor of human geography at Aberystwyth University. His most recent research explores the impacts of the behavioural and psychological sciences on public policy. Mark is a Co-Director of the Aberystwyth Behavioural Insights Interdisciplinary Research Centre. He is a Welsh learner and enjoys running in the mountains of west Wales. 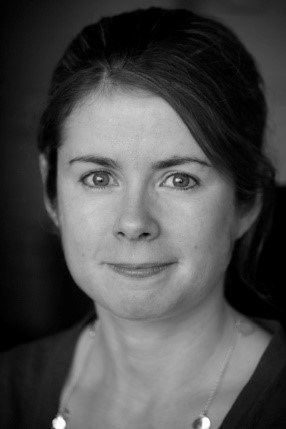 Professor Lorraine Whitmarsh is an environmental psychologist, specialising in perceptions and behaviour in relation to climate change, energy and transport, based in the Department of Psychology, University of Bath. She is Director of the ESRC-funded UK Centre for Climate Change and Social Transformations (CAST). She regularly advises governmental and other organisations on low-carbon behaviour change and climate change communication, and is Lead Author for IPCC’s Working Group II Sixth Assessment Report. Her research projects have included studies of energy efficiency behaviours, waste reduction and carrier bag reuse, perceptions of smart technologies and electric vehicles, low-carbon lifestyles, and responses to climate change.