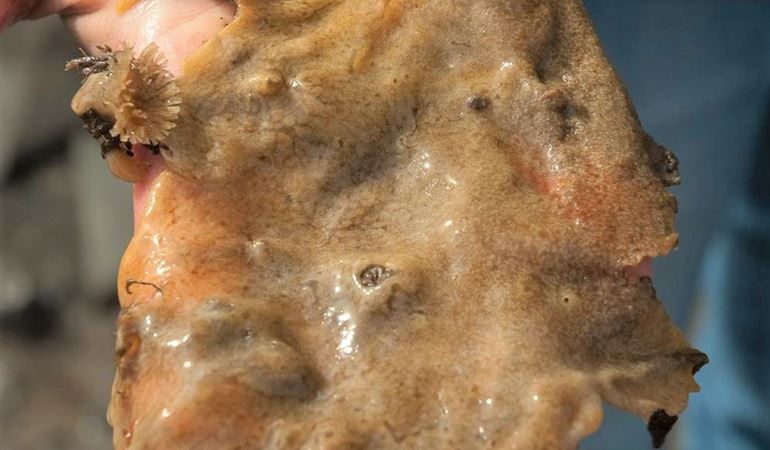 In this 3-year project, the team are setting up a marine biosecurity plan. The plan will assess and minimise the risk of the arrival and spread of marine Invasive non-native species (INNS) in the area.

INNS are plants and animals that do not naturally occur in the area but have been moved here, usually by human activities. They cause significant damage.

The project involves working with stakeholders to look at which biosecurity actions are needed and are feasible in the area. Biosecurity actions could include simple techniques like raising awareness and surveying areas to detect INNS early.

They are one of the most significant causes of habitat loss and threats to biodiversity. INNS outcompete native species, introduce diseases and are estimated to cost the British economy around £1.7 billion per year. If left to develop, they can completely change an ecosystem.

It can be especially difficult to control and eradicate INNS in the marine environment and they can impact how the ecosystem functions. So, stopping them from arriving is really important. INNS arrive through ‘pathways’ like ballast water, on boat hulls and gear, and through activities such as recreational boating, shipping and fishing. They can also hitch a ride with farmed aquaculture stock and other industries.

The team have identified that some of the main risks to INNS entering PLAS SAC are through recreational boating, tourism, shellfish gathering and production sites, and fishing. They have also identified the potential impacts of marine INNS on Marine Protected Area features, fisheries and aquaculture.

To deal with those impacts, species action plans will guard against the arrival of INNS like the Carpet Sea Squirt which can smother native species and damage the surrounds. It also has the potential to establish on fish farm cages, nets and other equipment and gear – costly to the environment and the local economy.

INNS such as Japanese Wireweed are also a priority for the project. Among the INNS that have made it into the PLAS SAC, wireweed can out-compete native seaweeds and seagrass. The team are taking measures to reduce wireweed and to protect the native seaweeds that it can replace. They are also working with The Welsh Fishermen’s Association, Gwynedd Council, Wildlife Trust, and other stakeholders, to progress the project work.