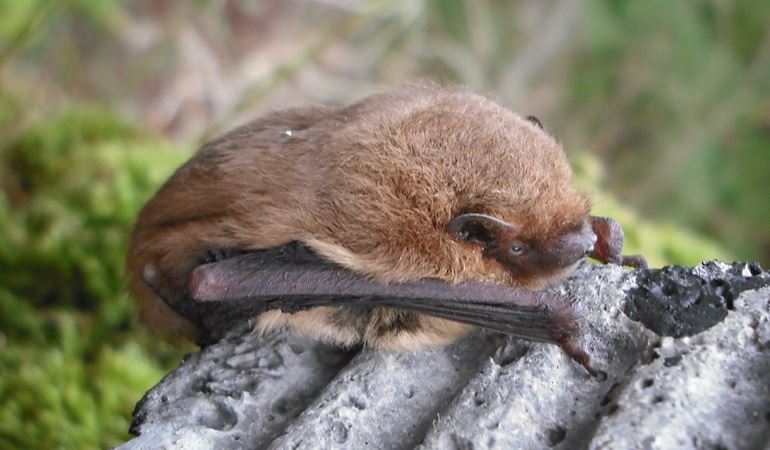 Did you know that bats are an endangered mammal in the U.K and are protected underneath the Conservation of Habitats and Species Regulations 2017 and under the Wildlife and Countryside Act 1981 (as amended) due to their historical population declines and vulnerable conservation status?

In our newest blog, TeamNRW’s Sam Dyer one of our Terrestrial Habitats and Species Specialist Advisors, tells us more about the important role bats play in our environment, why we need to protect them and what guidance you should follow if you find a bat roost in your home.

Wales is home to a diverse range of bat species including some of the rarest bats in Britain; it is a strong hold for the lesser horseshoe bat (scientifically known as Rhinolophus hipposideros) which are often found during the summer months in roof spaces or heated cellars of old buildings where the females gather together to have their young. During the winter months they hibernate in caves, mines and cellars where they require stable cool temperatures.

Within Wales, there are 5 areas which have been designated as Special Areas of Conservation (SAC) as part of the Natura 2000 network with lesser horseshoe bats listed as a primary reason for site selection, with an additional 3 sites where the species is present as a qualifying feature.

Based on current monitoring data, 21.1% of the best estimate of the total Welsh population is located within SAC designated sites during the summer maternity season.

While counts at individual roosts fluctuate over the years, the overall short-term population trend within SAC network is increasing. Among these sites is the Wye Valley in the Forest of Dean SAC which is an important habitat in Wales for lesser horseshoe bats and supports significant populations of the species including some of the largest roosts in the UK and potentially Europe.

What role do bats play in our eco systems?

Bats are truly fascinating animals, they are the only true flying mammal and with over 1400 species of bat worldwide, they play a vital role in our environment.  Bats help us by:

Although in the U.K. all bats are purely insect eating, around the world many species are natural pollinators, which means that along with butterflies and bees, they provide a critical link in our supply of food. Some plants depend partly or wholly on bats to pollinate their flowers, such as the agave plant which is used to make tequila.

Bats can also be viewed as natures pest controllers and can eat thousands of insects every night. British bats feed solely on insects. They emerge from their roost after dusk to feed when the weather is warm enough, but the bats will become torpid if the weather is particularly wet, windy or the temperature drops. They use ultra-sound (echolocation) to detect their prey.

Help to disperse seeds from trees and plants

In many parts of the world, some bats play a critical role in spreading the seeds of trees and other plants. They are also noted as significant due to the long distances over which they can carry seeds. Because bats help pollinate and disperse seeds, they can even play an important part in helping regrowth after forest clearance.

What should I do if I have a bat in my home?

Bats have a unique relationship with humans, with some of them sharing our homes for part of the year. We often receive hundreds of bat enquiries each year from householders.

Normally there is no cause for concern if you find a bat roost within your property. In the first instance, you should visit our website for advice. Bat are legally protected and you must not take any action which could harm the bats or block or damage the roost site.

If a bat has flown into your house and is capable of flying, then open external windows or doors and turn off bright lights. It should be able to fly out again unless it is a baby bat or is injured.

If the bat does have injuries, or has been brought in by a cat, it may not be able to fly. You may need to contact a local bat carer via the Bat Conservation Trust or take the bat to a local vet. You can also call the National Bat Helpline on 0345 1300 228.

A fully-grown adult bat is very small - roughly the size of a small matchbox. Baby bats are born between May to August, outside this time any bat you find will be an adult.

If you find a baby bat you should get advice from your local Bat Group or the Bat Conservation Trust. They will be able to offer advice on how to return it to the roost to give it the best chance of surviving.

If you find more than one bat, it’s likely that there is a roost in the house and that the young are getting lost by mistake. You should seek advice from your local bat group or call us on 0300 065 3000.