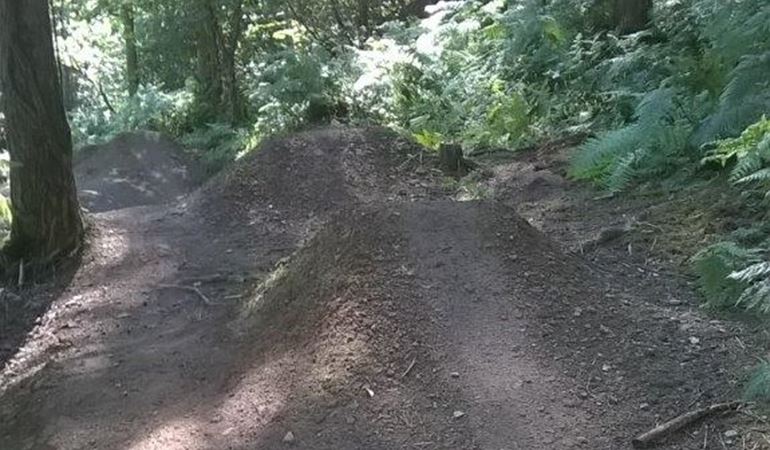 The trails were built without permission in a woodland managed by NRW, known locally as the Warren, near Caerphilly.

NRW officers say people can ride freely on forests roads, trails, bridleways, and the natural land form through the trees. People are not allowed to cut down trees to make jumps and bridges, and use soil to build features.

Riders and people who use the forest are put in danger by unofficial trails which are poorly designed, built and managed. These trails also damage the landscape and disturb habitats for local wildlife.

Diggers are working along the trails to remove the tracks and jumps and to disperse soil. The land will begin to return to its natural state by the spring.

Once the trails have been removed, signs will be put up to inform people that they have been closed.

“Mountain biking is a great way to enjoy the outdoors, and get healthy in nature’s gym.

“As a landowner we are responsible for managing our sites and the safety of people who use them. We need to respect nature and other forest users, which is why we encourage people to use only designated trails for mountain biking.

“This site near Caerphilly is one of over 50 similar unofficial trails which have appeared on our land in south Wales without permission. They don’t consider safety, wildlife, habitat destruction and don’t follow general good mountain bike trail practice.

“There are numerous official, well designed routes nearby for mountain bike riders to enjoy, such as in Cwmcarn, Bike Park Wales in Merthyr Tydfil, and also Parc y Van jump spot in Caerphilly, run by Van Rd trails club.”