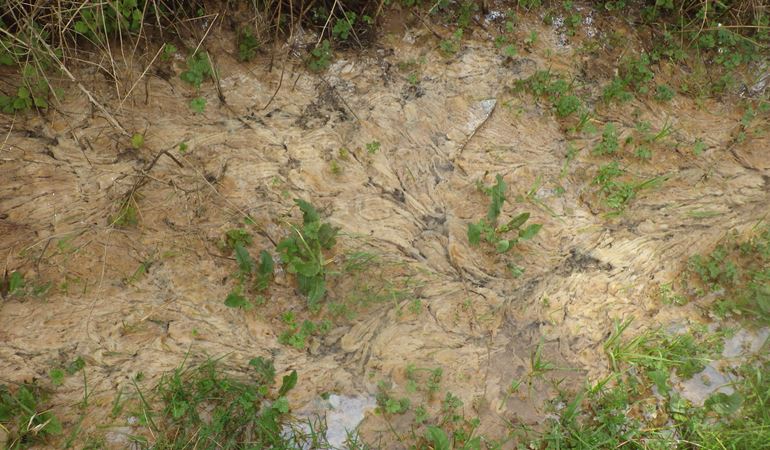 Natural Resources Wales officers are investigating after pollution was found in the Afon Llynfi downstream of Talgarth, Powys.

Sewage fungus is usually associated with polluted water and grows on any surface in response to organic nutrients getting into the watercourse.  The extent of the pollution is believed to be up to 5km.

There is also evidence to suggest that local groundwater has been contaminated. The pollution is thought to have been caused by spreading operations on land in the area.

Steve Morgan, Operations Manager for NRW said: “Our officers are investigating to confirm the source of the pollution, gather evidence and to identify those responsible.”