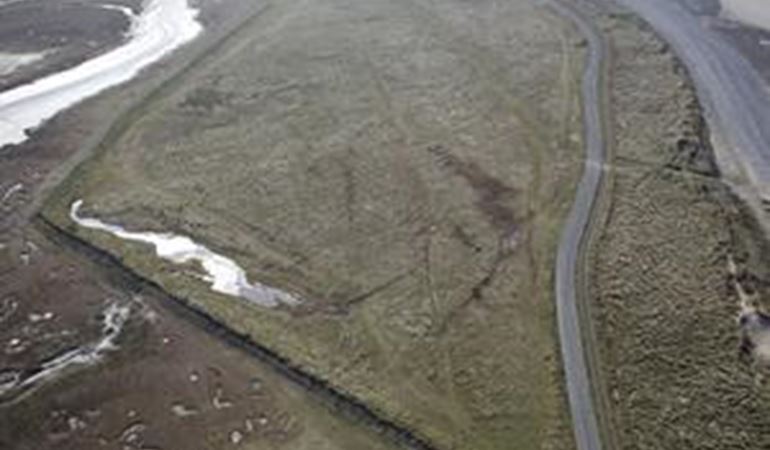 Natural Resources Wales’s £6.8million scheme to protect over 400 properties in Fairbourne, Gwynedd from flooding reaches its final stage this week.

A new area of saltmarsh is being created at Morfa Friog, in line with the planning condition for the flood scheme. This area will mitigate for the natural habitats that will be lost over the coming years due to the construction of the scheme.

An opening will be created in the embankment that currently defends the NRW owned land at Morfa Friog, so that sea water can flow in to create saltmarsh. The area will only flood at very high tide, so people will still be able to access the area outside high tide times.

NRW plans to complete the work within a week, striving to do it in a way that minimizes the impact on local people.

“This scheme has helped reduce the risk of flooding for the people in Fairbourne. This final piece in the jigsaw means that Morfa Friog will become a new coastal wildlife habitat.”

Over the last three years, NRW has strengthened 1.8 miles of the existing coastal flood defences at Fairbourne and Arthog, and rebuilt the Henddol and Morfa outfalls to provide better control of flood water.

A new flood channel has been created for the river Henddol to divert floodwater away from the village.

By carrying out the saltmarsh creation work now, NRW can make sure that it is undertaken safely, in a controlled way, rather than letting nature take its course. On completion, the saltmarsh will be managed by NRW.