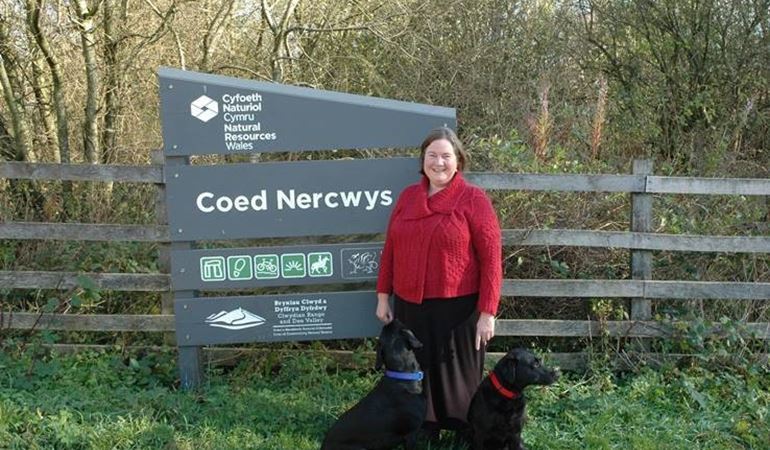 Natural Resources Wales has announced that Clare Pillman has been appointed as its next Chief Executive.

Currently Director for Culture, Tourism and Sport at the Department for Digital, Culture, Media & Sport in Westminster, Clare will take up the post in late February 2018.

She takes over from Emyr Roberts who was NRW’s Chief Executive since it was set up in 2013.

Clare’s current role includes responsibility for policy on culture, tourism and sport, bodies such as Historic England, Visit Britain, UK Sport and the Royal Parks, as well as delivering the UK’s Centenary Commemorations of the First World War, the Rugby World Cup and the bid for the 2022 Commonwealth Games.

Previously she was responsible for running Her Majesty’s Courts Service in Wales.

“NRW is an extraordinary organisation with a wide and aspirational remit, a strong and committed professional workforce and a vital role in ensuring the sustainability of Wales’ unique landscapes.

“I look forward to working with the Chair, Board, Executive Team and all the staff to take the important work of NRW to the next level.”

“We are looking forward to the next part of our journey as an organisation and building on the foundation that Emyr Roberts put in place.

“I want to welcome Clare as she joins us and as we continue our crucial work to look after the fantastic environment we have in Wales for its people, for wildlife and for the economy.”

Clare grew up on a smallholding five miles from her current home at Nercwys near Mold. A Welsh learner, Clare Pillman has passed her GCSE in Welsh and has previously been honoured at the National Eisteddfod for her contribution to bilingualism in the justice system.

Clare Pillman joined the Civil Service in 1990 after studying at St Andrew’s University and the Courtauld Institute of Art. She has worked in a number of different UK Government Departments, including the Department for National Heritage, the Treasury and the Ministry of Justice.  In 2004 Clare moved back to Wales to work for the newly created Courts Service, which brought together the Crown and County Courts with the Magistrates Courts for the first time.  During this time she chaired the North Wales Local Criminal Justice Board, led the campaign for a prison in North Wales and led Her Majesty’s Courts Service Wales (HMCS) to become the first Wales-wide body to receive the Charter mark award for Customer Service.

Clare returned to London in 2011 to become Director of Culture at the Department of Culture, Media and Sport. She led the work on the Cultural Olympiad and a major change programme within the Department.  Since then, she has led work to develop new strategies for Sport, Tourism and Culture, overseen the delivery of events such as the Rugby World Cup and the World Athletics Championships, developed and led the programme to commemorate the Centenary of the First World War, and created new models of governance and financing for organisations such as Historic England, English Heritage, the Royal Parks and Visit Britain.

Clare is currently a Board Member of National Theatre Wales; the North Wales Building Preservation Trust and a Council Member of the Welsh Historic Gardens Trust. Prior to this she was a Trustee of the Institute of Cancer Research in London for ten years.

Clare started learning Welsh formally when she was Director of HMCS Wales. She took her GCSE in 2009 and in the same year was honoured at the Bala Eisteddfod for her contribution to bilingualism in the justice system.