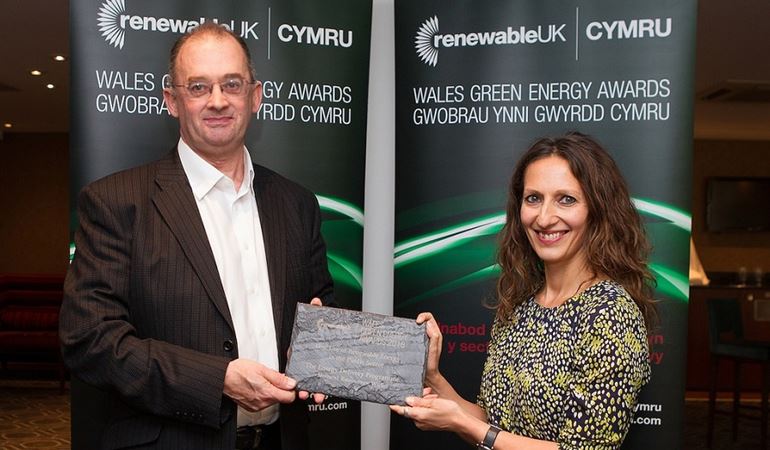 This award recognises the EDP’s work with developers to make the most of Wales’ natural resources in the promotion and development of a low carbon economy.

“This award confirms NRW’s role in championing Wales as a leader in the renewable energy field.

“We manage around 142,000 hectares – that’s almost seven per cent of the land in Wales and we want to encourage more commercial opportunities that benefit the environment for people and nature.

“And we have been at the forefront of developing NRWs renewable energy strategy to support Welsh Government’s low carbon economy, climate change and green growth programmes.

“This has been achieved by developing the “Energy Park” concept which promotes multiple renewable energy technologies on suitable NRW managed land.”

Since 2013 the EDP team has led and delivered three key renewable energy programmes:

A recent addition to this portfolio is the Natural Resources Wales self-build hydro programme where the EDP team will become the developer.

“Technological advances are forcing change at a blistering pace. Costs continue to fall for all renewable energy technologies, and innovation is also enabling supporting infrastructure like storage and grid.

“NRW is ideally placed to support this fast moving change by enabling the right development in the right places with low impact on the surrounding environment and natural resources.”