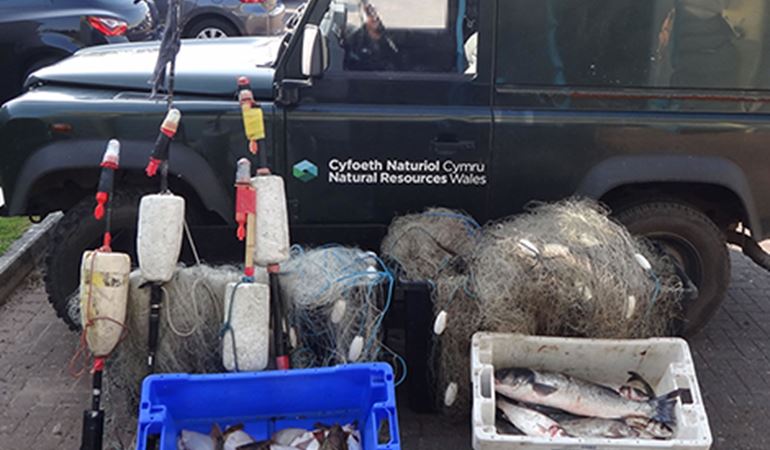 Two men from the Llanelli area were arrested earlier this week (Wednesday 10 September) for their part in an alleged illegal netting operation in the Burry Inlet.

Officers from Natural Resources Wales (NRW), supported by Dyfed Powys Police, apprehended the men in an intelligence-led operation at the scene.

The men, aged 48 and 42, were taken into custody at Llanelli Police Station and reported for the alleged offences.

During the arrests, NRW officers confiscated a vehicle, boat and nets from the scene as well a number of dead sea fish including a large adult bass.

Netting in the Burry Inlet is restricted as it is a nursery area for sea bass as well as a route for important migratory species like salmon and sea trout.

“There are rules and laws in place to protect species of fish that are an important part of the environment and economy in this area.

“Offences like these can affect the populations for years to come and impact the angling industry which is worth £150 million pounds to the Welsh economy.

“We use information we get from anglers and the public to target our enforcement work so we do urge anyone who sees poaching or illegal fishing to report it to us on 0800 807060.”