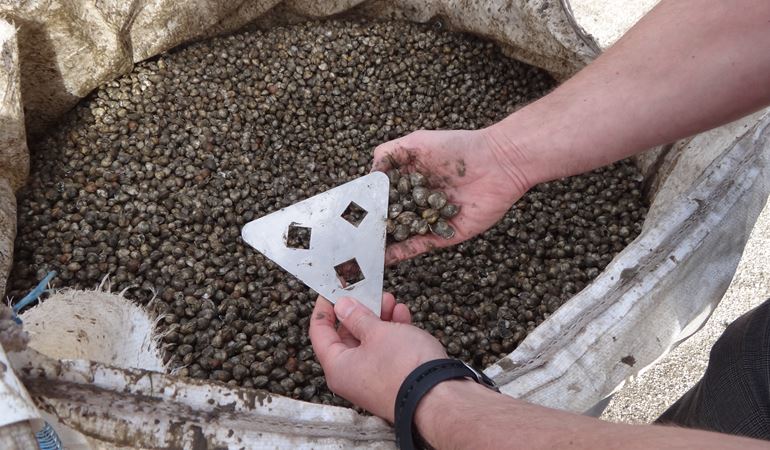 Natural Resources Wales (NRW) has made the difficult decision to close the Dee cockle beds this season, after surveys have shown a serious drop in the quantity of cockles on the estuary.

Since NRW introduced a new licensing system in 2008, it has managed a sustainable fishery, making sure there are enough cockles for the 53 licencees and for the overwintering birds who feed on the estuary, whilst leaving enough behind to breed for the next season.

But recent surveys of all known cockle beds, and extra areas reported to hold stocks, show that this year’s stocks fall far short of the figure required to open the fishery.

It is the first time the cockle beds will have to close since 2008. While the exact cause is unknown, it is likely to be due to a number of factors - including over-cropping last season, illegal cockling activities and natural causes.

NRW hopes that by taking this difficult decision now, it can secure the sustainability of the fishery for future years so it can continue to make an important contribution to the local economy.

“We know that this will come as a blow to the licencees who make a living from the cockle beds, but despite our best efforts, the unexpected drop in stock levels this year has left us with no choice but to close the beds.

“We understand the value of the fishery to the local economy, and we want to work with the cocklers to help secure the stocks and keep it sustainable for the future.  We’ll be meeting with the licencees next month to talk to them about the current situation, next steps and what they can do to help secure the fishery’s long-term sustainability, by abiding by the terms of their licence.

“In the meantime, the current stock of cockles will be carefully monitored and looked after so it can survive and help provide enough cockles to support the licencees’ livelihoods, and the bird populations for next season.

“We’ll also continue to crack down on illegal cockling in the estuary, and take action against those whose irresponsible actions put the fishery in jeopardy.”

Since the new licensing system was introduced in 2008, only a limited number of licensed cocklers have been able to fish the beds.

More recently, 53 cocklers have been able to fish sustainably for six months of the year.

They have to adhere to a number of regulations such as the type of equipment used, the hours when cockling can happen and a daily quota of how many cockles can be harvested.

This gave them the opportunity to make a living out of the fishery, support the local economy and ensure a regular supply of cockles to market.