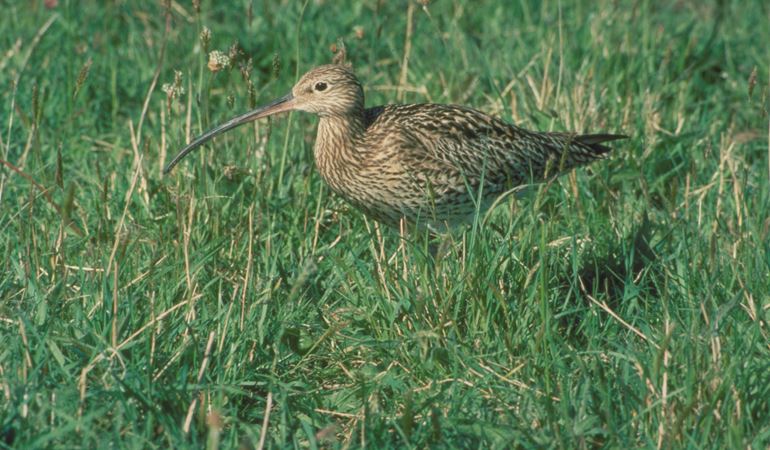 One of Wales’ most iconic birds could be extinct here in less than 20 years unless urgent action is taken, according to experts working to save the curlew in Wales.

The “Gylfinir Cymru / Curlew Wales” group met with Hannah Blythyn, Welsh Government Minister for Environment, on Wednesday 14 November and says it is pleased with the positive response from the Minister.

The curlew is an iconic bird which nests in upland and lowland grasslands and is close to the hearts and minds of many people in Wales.

Between 1995 and 2016 the population of breeding curlews in Wales declined by 63% and Natural Resources Wales (NRW) fears there could now be fewer than 400 breeding pairs left in the country.

“This beautiful bird embodies wild places and its haunting call provokes a range of emotions.

“They are declining across Europe and the global importance of the UK’s breeding population makes curlews one of the most urgent bird conservation priorities in Wales.

“At the meeting we stressed that this formerly widespread bird is suffering a sustained and chronic decline in their numbers and range in Wales and the UK.

“There are serious fears that unless urgent conservation action is taken now, curlews could be lost as a breeding species in Wales within the next 10-15 years.

“Improving the curlew’s situation will need a collaborative approach and the support of senior politicians is critical in this.

“We highlighted the need for urgent action and political recognition of the plight of the curlew to help reverse the decline and were pleased by the positive response from the Minister.”

Gylfinir Cymru / Curlew Wales is a collaborative initiative made up of 16 organisations, encouraging a range of stakeholders to come together to help reverse the declines of Curlew.

"We had a very helpful discussion at the meeting about curlews in Wales and the UK. I’m pleased Welsh Government is represented on the new All Wales Curlew Action Group and I look forward to hearing more about the actions the group will be taking to protect the curlew in Wales for the future.”