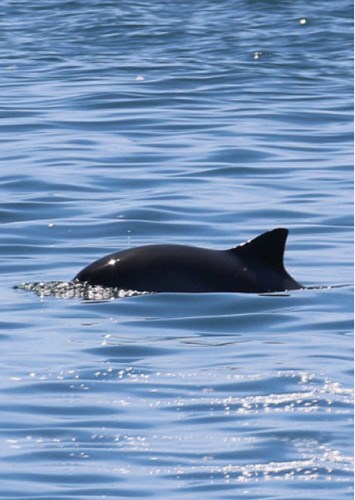 Please note the consultation period has been extended until midnight 3 May 2016.

A consultation to help conserve some of Wales’ most treasured marine wildlife is being launched today (Tuesday 19 January) by Natural Resources Wales (NRW).

The proposals to create six new marine protected areas come after NRW and other conservation agencies across the UK spent several years studying a number of species and where they spend their time.

If agreed, these areas will help safeguard the habitats of internationally important populations of harbour porpoise and a number of seabirds including Manx shearwater, red throated diver, puffins and terns. The waters around Wales are particularly important for these species

Along with other European countries, Wales already has a series of Special Areas of Conservation (SACs) and Special Protection Areas (SPAs) on land and sea, and the proposed new areas will add to this network, called Natura 2000, which aims to conserve biodiversity right across the EU.

The proposals being consulted include new sites and extensions to existing protected areas. 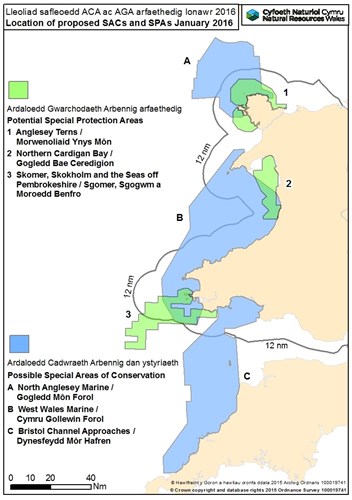 “These sites are not just valuable for wildlife, they also include some of Wales' most beautiful and valued seascapes.

“They attract thousands of visitors every year and enhance the quality of life for the people who live in and near them.

“And Wales’ existing network of marine SACs and SPAs are also used for a variety of activities, including shipping, energy, fisheries and recreational activities.

“We work with all users of the marine environment to find ways that allow sustainable use of the sea, while protecting important parts of the environment.”

The consultation runs until 19 April, and is being coordinated with consultations on other proposed marine SACs for harbour porpoise in English, Northern Ireland and UK offshore waters.

Final decisions on whether to designate SACs and SPAs in Welsh waters will be made by the Minister for Natural Resources in the Welsh Government.