Back in time on Anglesey 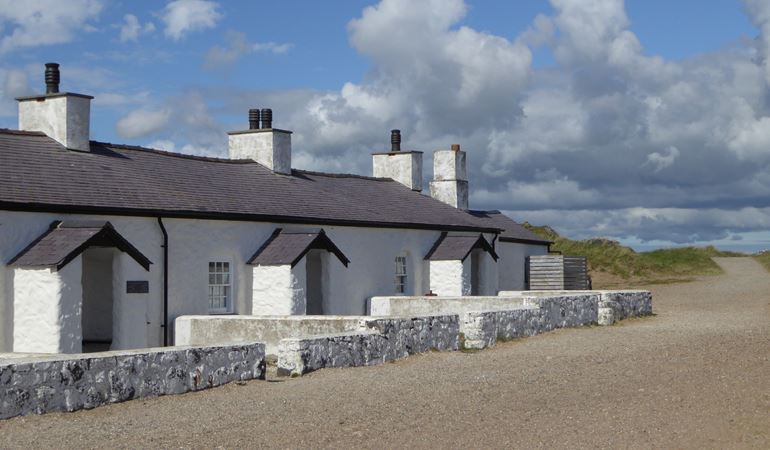 If you are planning a walk through Newborough Forest or across the sands to Llanddwyn Island you may spot some new inhabitants of the island’s pilots’ cottages.

The forest and island, managed by Natural Resources Wales, will be the backdrop for a new living history programme set to be shown on BBC Wales and BBC 2 during 2019.

For a month from Monday 17 September, a group of hardy individuals will be taking a step back in time to recreate life on the Island early last century.

The cast will be experiencing life in the small community, where the men worked as pilots guiding boats into port along the Menai Strait and the women weaved mats and ropes from marram grass.

Production company ‘Wildflame’ has been given permission from Anglesey County Council and Natural Resources Wales (NRW) to furnish the cottages in a way that will make the experience as realistic as possible for the volunteers.

“We look after some of the most fantastic places in Wales which have an incredibly rich history.

“All paths will be open as usual while the filmmakers are here. However, the cast will be living in the pilots’ cottages so, for a short period, it won’t be possible to pop inside and take a look.

“We appreciate everyone’s co-operation and hope this series will showcase this beautiful part of the world.”

“The families will be living on the island for four weeks and we are trying to create a historical bubble for them to inhabit, so that they can get a real feel for life at the beginning of the 20th Century.”

“Thousands of people visit Newborough Forest and Llanddwyn Island every year to enjoy and experience the benefits of this magnificent environment.

“With its significant history, heritage and natural environment, this documentary series should make interesting and enjoyable viewing. Offering a brief glimpse into the lives of the families who lived on the island and providing viewers with a better understanding of the human challenges and benefits of living in such a beautiful but harsh location.

If people would like to find out more, the production company ‘Wildflame’ has organised a public meeting on Wednesday 12 September at the Pritchard Jones Institute in Newborough at 6pm.

People are also invited for a sneak preview of the set ahead of filming on Friday 14 September, 5pm-7pm