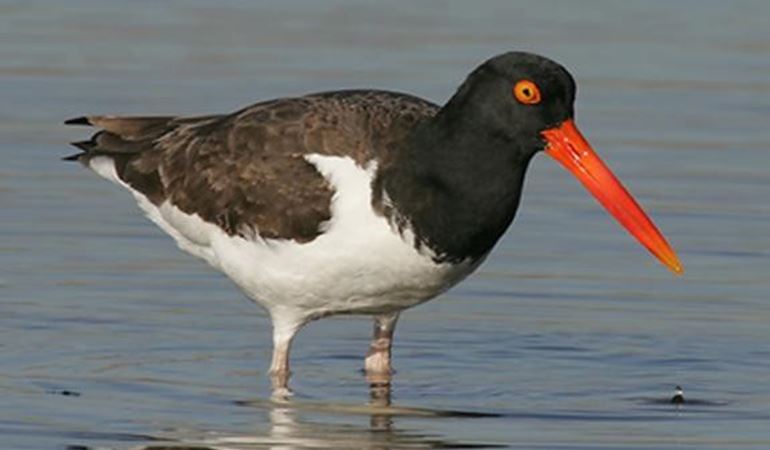 Each month our teams write a blog about the special places they look after. Here, Nick Edwards, our Senior Reserve Manager at Whiteford National Nature Reserve, talks about the oystercatchers that feed in the area and how we work to protect them for the future.

Whiteford National Nature Reserve (NNR), near Swansea, is so diverse. It is made up of sand dunes, beach, intertidal zones, and a saltmarsh. This makes it really rich in biodiversity - meaning it provides a home to lots of different plants and animals.

As well as being a Special Area of Conservation (SAC), the reserve also has a ‘Ramsar’ designation. This means the wetland is recognised internationally for its importance to rare, migratory birds. 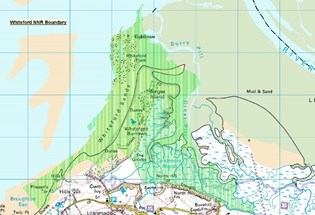 There is high number of oystercatcher within the Burry inlet, we have around 14,000 wintering individuals.

The Reserve at Whiteford can attract anything upwards of three thousand oystercatcher in the winter months. This can vary depending on how cold it is and the migratory patterns - numbers can range from five to six thousand roosting at High tide, to half that number feeding at low tides.

Part of my job is to count the numbers feeding at the lowest tides, survey and record habits in their feeding and any disturbance from predators or human interaction.

The oystercatcher is known to feed on the available shellfish. Both mussel and cockle are available in the Burry inlet, but the cockles have suffered in the recent years due to disease affecting breeding and attributing to mass mortality within the local populations. However there are many mussels, both large and in juvenile form.

I count the birds fortnightly, but it has become increasingly difficult of late. The beach at Whiteford has undergone much change with sand being lost in the centre of the beach, whilst large amounts of sand being accreted at either end of the system. This has resulted in the beach profile being ‘domed’ and higher in the middle, leaving it impossible to view any birds feeding, at the low tide mark.

Armed with my scope, camera and notebook I walk within a reasonable distance to view the birds, either feeding, or starting to roost in large numbers. Careful not to disturb them, I try to count the birds usually in their thousands.

Although it’s difficult to get an accurate figure, it is easy to count large blocks of birds and become accustomed to the numbers. Or it is often easier to photograph the birds and count them on the computer screen in the office.

These numbers are then recorded into a spreadsheet to give ourselves, and others, a better understanding of numbers and habits. 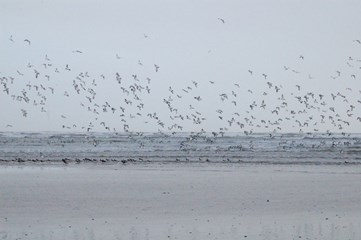 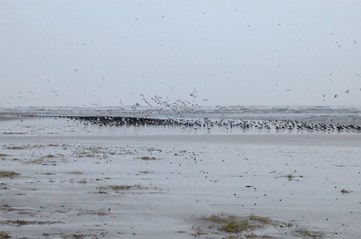 Unfortunately dogs off their leads are an ever-increasing issue. Constantly ‘putting up’ the birds as they are chased across the beach causes energy to be used, and in turn a necessity to feed more on the available shell fish.

Both Mussel and cockle gathering during these important winter months can also have a detrimental effect on numbers. Although the operations are sometimes legal and permitted, it can be difficult to balance retaining enough food for the several thousand oystercatchers, and the commercial tonnage being pulled from the site. This is why we work closely with the Welsh Government to ensure the safety and sustainability of both the mussel beds and associated feeding birds.

Whiteford NNR is located on North Gower near the village of Llanmadoc, there is a Beach car park at Cwm Ivy which is privately owned, and access to the site can be gained from walking down the road from this point.

The walk onto the NNR is well signposted and crosses into the National Trust owned land, there are three excellent bird hides located on the site, with plenty of waders and wildfowl to see.

Places to visit Things to do Blogging from our special places!