My favourite time of the year 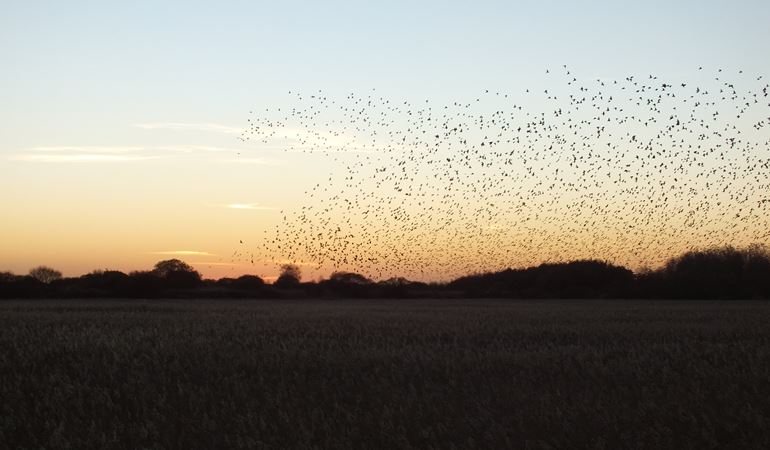 This month’s blog is from our Reserve Manager Kevin Dupè. Here he talks about the birds at one of the newest and most distinctive nature reserves in Wales.

If someone asks me my favourite time of the year at Newport Wetlands, I wouldn’t be able to decide between winter and spring. So I say the winter if it is the winter, and 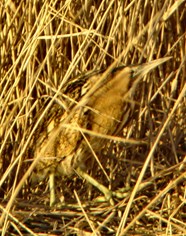 the spring if it’s the spring.

In the spring we have the excitement and anticipation of lots of different species of bird breeding.

This year the highlight was provided by a male bittern booming for over 7 weeks from deep within the reedbeds. In that 7 weeks he was only seen once, but he could be heard over a mile away! This was the first time a bittern has boomed here for a sustained period of time. Unfortunately he didn’t manage to attract a mate this time, but it bodes well for the future.

Like the bittern, many of the birds which live in the reedbeds are more often heard than seen.

We have dozens of water rails here and they make a very loud squealing sound - a bit like a pig. I hear them frequently, but I can’t remember the 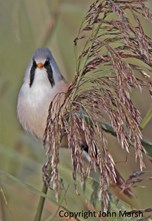 last time I actually saw one!

We do see the bearded-tits a little more often, they make a “pinging” call like a little bell being rung and you will always hear them “pinging” before you see them.

Preparing for the winter birds

When winter eventually arrives, we are treated to a spectacle as thousands of ducks and waders migrate here. Between the end of the breeding season and the arrival of the wintering birds (the end of August and early September), we have a small “window” to get a lot of work done and prepare the habitat for them.

The rush on the wet-grassland is cut, baled and taken away as animal bedding. Hedgerows around the fields are trimmed. Scrub and vegetation on islands is cut down. Lagoons may need de-silting and fences and gates re-paired. Sluice boards are put back in and re-placed if necessary.

In late September and early October we pump water from our reedbeds (which act as reservoirs) onto the wet-grassland – flooding it in time for the birds who will have travelled miles to spend their winter here. 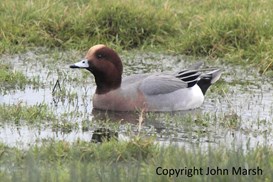 Wigeon for example breed in Scotland and northern England in small numbers, but most of the thousands who come here for the winter will have flown in from Iceland, Scandinavia and Russia.

We have around 2,000 wigeon at Newport Wetlands at the moment. Unlike some ducks which “quack”, wigeon whistle and this is one of the enigmatic sounds of estuaries around the UK throughout the winter.

Another bird which helps make winter at Newport Wetlands so special is the lapwing. In the spring we have around 20 pairs breeding, but in winter we can have up to 3,000 lapwing. 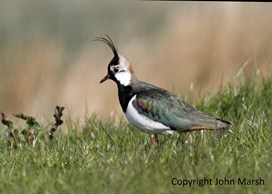 They seem to spend a lot of time just standing in shallow water, facing into the wind, but will often take to the air for no apparent reason.

Their “lazy”, erratic flight and the dark green upper-wing contrasting with the black and white underwing is one possible explanation for the name “lapwing”.

The most numerous bird here in the winter is the starling. Every evening about 20 minutes before sunset, they start to gather on the pylons.

At first it is just 2 or 3, then flocks of a few dozen and then flocks of thousands arrive. Within minutes there are up to 150,000 swirling about in tight formation. Eventually they will go down into the reedbed for the night and you can hear their loud chattering.

This natural spectacle also attracts many human visitors. Occasionally, if the starlings have put on a really good display, the crowd will break out in spontaneous applause when the last bird dives into the reeds.

The starlings normally head further south to Somerset in early December, but some years they will stay to the end of December.

We know the numbers of each species of bird on the reserve quite accurately. Bird numbers are monitored monthly through-out the year, but in the winter they are monitored up to 3 times a month.

Voluntary wardens help us with these bird counts as the reserve is too big, and there are too many birds for 2 members of staff to do it. With 4 or 5 people counting simultaneously across the 5km length of the reserve we can get a much more accurate count.

Visit Newport Wetlands to see and hear the birds for yourself

You can come along to visit the birds at any time, the nature reserve has a walking trails and viewing platforms. We also have a floating pontoon which forms a direct route to the East Usk Lighthouse which is over 120 years old.

For the latest news and pictures directly from the reserve you can follow us on Facebook too.