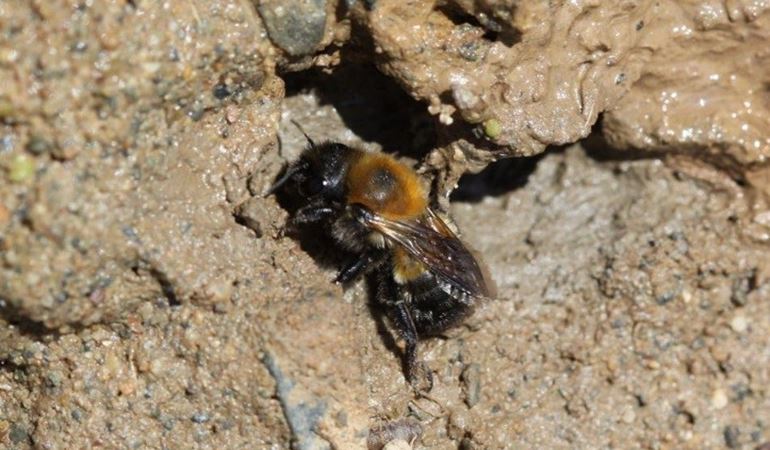 On 3 March each year, the United Nations World Wildlife Day brings into focus the extensive diversity of life on our planet. Here in Wales, we are blessed with a variety of habitats and wildlife on our doorsteps.

On World Wildlife Day, Mike Howe, Invertebrate Specialist, talks about the vital importance of our smallest creatures in sustaining life in Wales.

On 3 March each year, the United Nations World Wildlife Day brings into focus the extensive diversity of life on our planet. Here in Wales, we are blessed with a variety of habitats and wildlife on our doorsteps.

World Wildlife Day is about celebrating our natural environment and the good work being done to nurture it, and a time for us to highlight the importance of biodiversity to our communities in Wales.  It’s also a chance for us to reflect on how we can progress the needs of areas that require urgent help too.

At Natural Resources Wales (NRW) we strive to provide a healthier and more resilient environment for the species and habitats of Wales. Our wellbeing, and that of future generations, depends on this.

We know that despite decades of good work to protect the environment, many of our plants and animals continue to decline. In fact, our State of Natural Resources Report (SoNaRR) shows that we are now in a Nature Emergency. Some of the findings include the following facts:

Clearly, nature in Wales is in a precarious position. But, as an Invertebrate Specialist, I am very aware of how the smallest things can have a great impact on our environment.  With this in mind, our team at NRW work on many small-scale invertebrate projects that make a really big difference to our biodiversity.

Invertebrates play a vitally important role as pollinators, recyclers, pest controllers and components of the food chain. They really help to keep things going.  They are animals without backbones and include insects such as butterflies, moths and beetles, as well as spiders. They also include crustaceans like woodlice and crabs, molluscs such as snails and mussels, and worms and microscopic animals. Often receiving less attention than their larger animal cousins, there are actually over 25,000 invertebrate species in Wales.

Attention has been drawn lately to the global decline of insects and other invertebrates. Recent studies in Germany have highlighted up to a 75% decline in insect abundance on nature reserves. Similar declines have been witnessed at European and global levels, and there have been recent appeals to governments for coordinated global action to reverse these trends.

As part of our work at NRW, we monitor invertebrate species to reverse their decline; some of which only remain in 1 UK locality under our care.

In the spirit of World Wildlife Day, here are some examples of the progress we are making to improve things for invertebrates in Wales:

We are making progress in our work to support invertebrate life across Wales but with a nature emergency underway, we still have a lot to do. We are committed to taking care of biodiversity in Wales and we know that when nature is at its best, society thrives. If we look after nature now, the environment will continue to sustain our communities and economy.

Read more about invertebrates and Sites of Special Scientific Interest.